Below is Part 3 of his essay, White Police and Black Power: The Origins of the Aboriginal Legal Service.

⫷Missed parts 1 and 2? Start at the beginning. 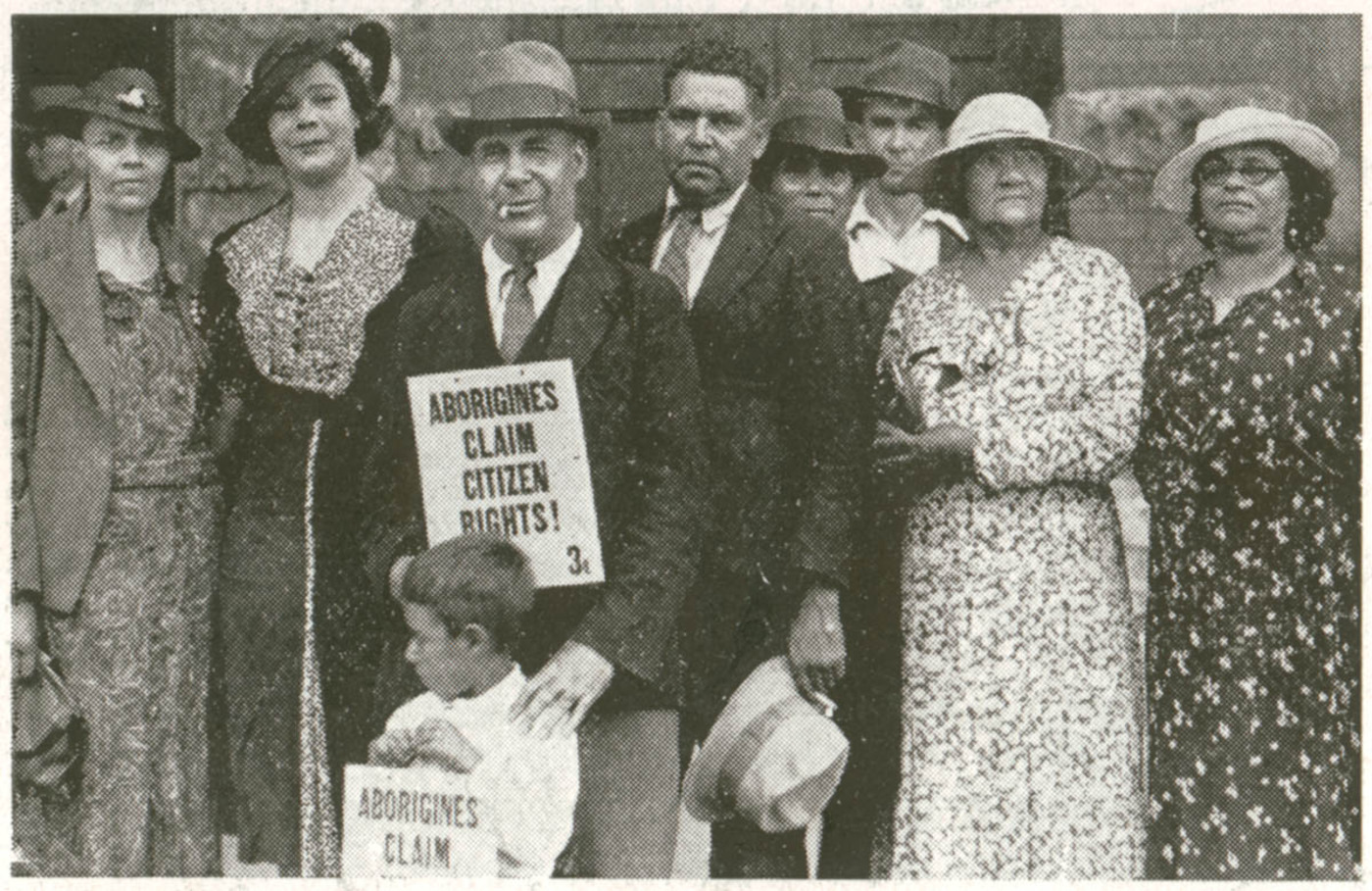 Generations of resistance in 'south-east Australia'

One of the most important elements of a better understanding of history is context.

To better understand the influences and inspirations for the 1970s Australian Black Power Movement, one needs to understand the context of their times, as well as being aware of the historical circumstances from whence most of them came.

As the Aboriginal peoples in regional areas of south-eastern Australia experienced the spread of the white invasion and forcible occupation of their homelands, there can be said to have been significant resistance, both passive and active.

Heather Goodall notes that in NSW from the beginning of black/white contact,

Land was seen by its Aboriginal owners as a central factor in their experience of colonialism. Their sense of invasion, of loss and deprivation of land was expressed clearly and unarguably.

The emergence of Aboriginal organisations: the AAPA, AAL and APA

Land continued to be at the heart of Aboriginal concerns and protest over many decades, and many disputes were conducted at a very localised level. However by the 1920s a self-educated former Aboriginal drover, Fred Maynard, had set up the Australian Aboriginal Progress Association (AAPA).

Maynard had been active in the Waterside Worker's Federation during the first World War and later a member of the Sydney chapter of Marcus Garvey’s Universal Negro Improvement Association (UNIA). The AAPA, officially launched in February 1925, was not only the first Aboriginal political organisation of the modern era, but also said to be the first to create formal links between communities over a wide area. 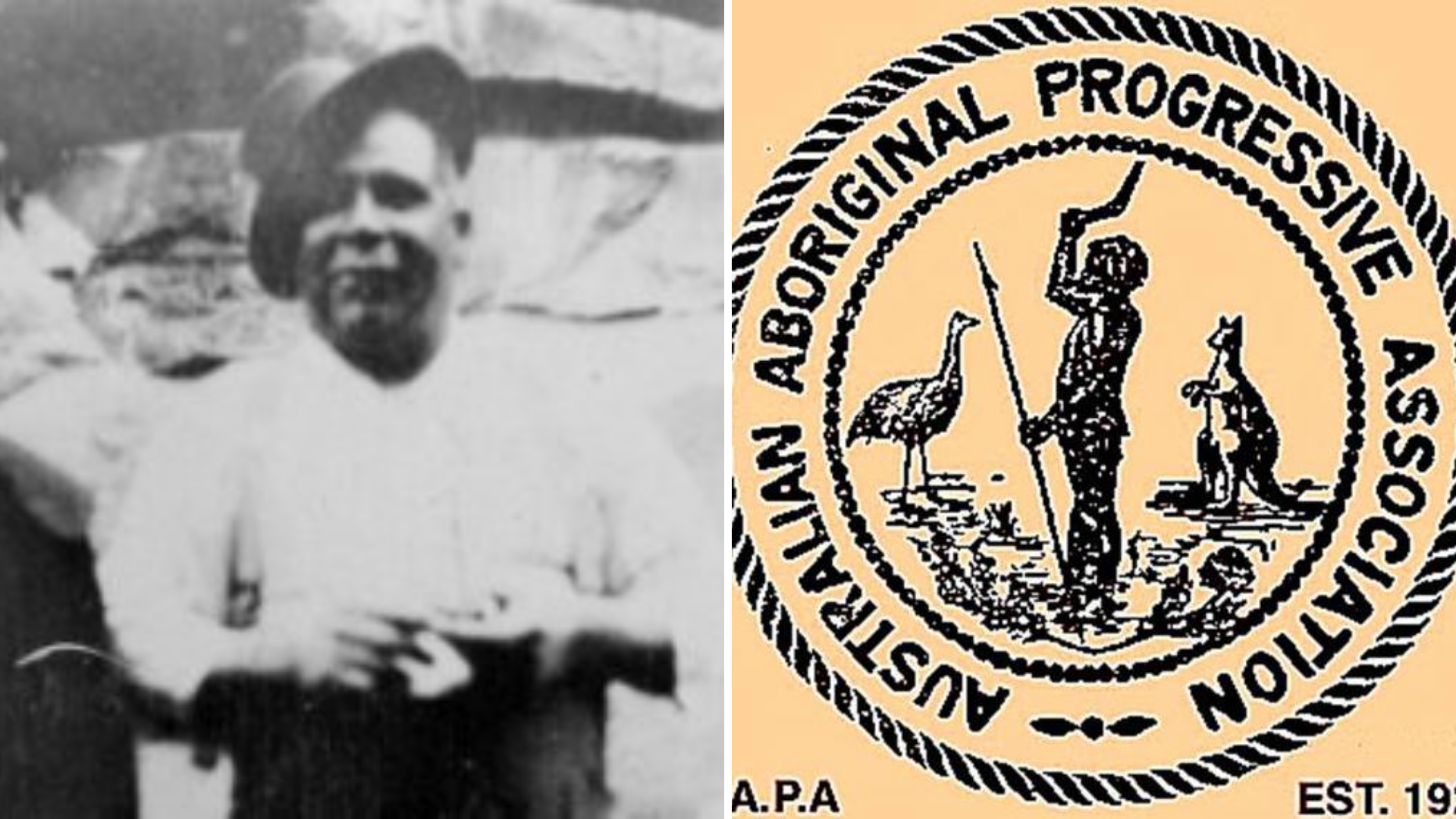 An equally important aspect of the AAPA is the role it played in planting political seeds that flowered in future generations of Indigenous political leaders in south-eastern Australia.

And through the AAPA’s adoption and adaption of the ideas of Marcus Garvey, it became the first time Aboriginal political activists in the modern era had engaged with international ideas of black consciousness and black nationalism.

The AAPA eventually grew to have 11 branches (mainly in northern NSW) and more than 500 members. An indication of just how successful the AAPA was in its political organising and agitation was the fact that the NSW authorities (the police and the NSW Aboriginal Protection Board) made concerted and ultimately successful moves to have the organisation suppressed by 1927.

The first in early 1936 was the Australian Aborigines League (AAL), established by William Cooper, Doug Nichols, Bill and Eric Onus, and others in Melbourne. Membership was open to all Aboriginal people and the aims of the group were "to gain for Aboriginal people those civil and human rights denied since occupation".

This was a significant attempt by Victorian Aboriginal political activists to try and assert control over their own destiny. 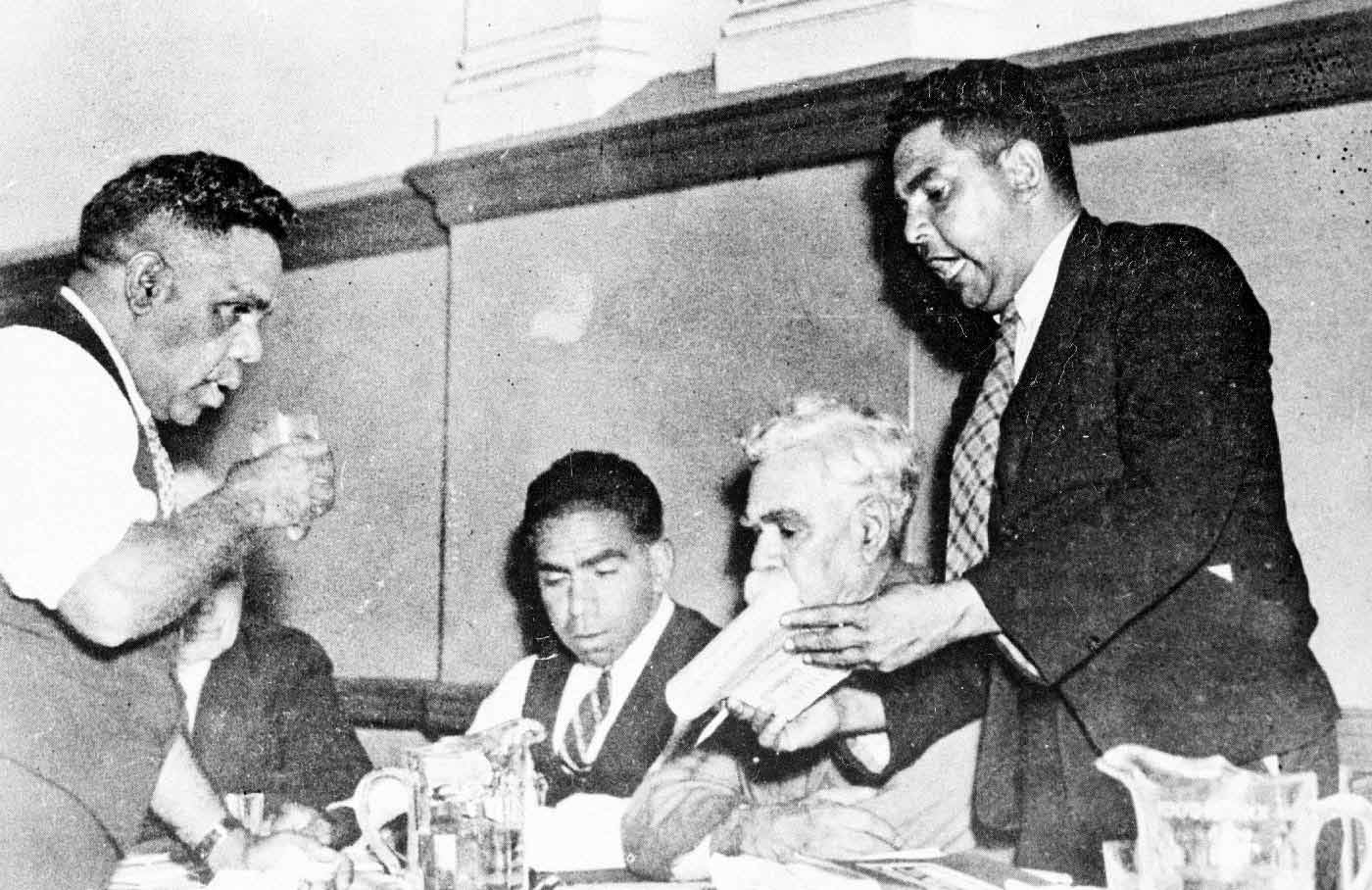 Bill Ferguson was an ex-shearer who had been a trade unionist with the Australian Workers Union (AWU) and would run the western NSW branch of APA. Jack Patten had been born on Cummergunja Reserve on the NSW/Victorian border and had during the 1930s honed his skills as an orator on the Sydney Domain alongside another great activist of that era, Pearl Gibbs.

Patten would head up the north-eastern branch of APA and in 1938 would publish the first black political newspaper, The Abo Call. Jack Patten’s son Cec was an important figure in the ALS during the 1970s and 80s, thus providing a historic as well as familial link between the generations of activism. 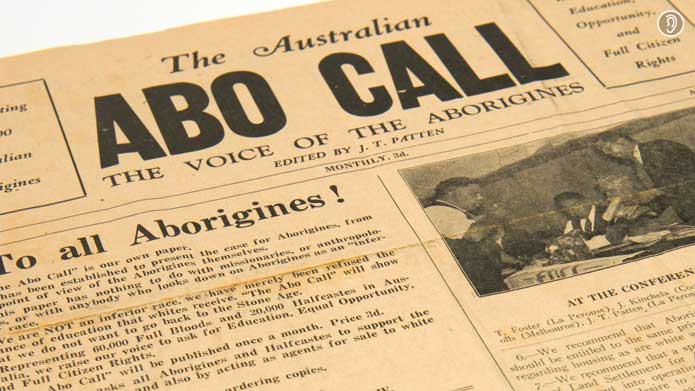 In 1938 on the occasion of the sesquicentenary of the first fleet, the AAL and the APA joined forces to hold a protest meeting.

William Cooper from the AAL declared that the 26th January was a “Day of Mourning” and the meeting which was held in Elizabeth Street was attended by such Aboriginal political luminaries as Pastor Doug Nicholls, Pearl Gibbs, Bill Onus, Marge Tucker, as well as Patten and Ferguson.

This event was the first major Aboriginal protest of the 20th century that received extensive reportage in both local and overseas media. The protest, inspired by Cooper, was described by Heather Goodall as a

Of those who attended that 1938 meeting, a few like Doug Nicholls, Pearl Gibbs and Marge Tucker were still alive to counsel and impart wisdom to the young emerging Black Power activists in the late 1960s.

These were tough times for Aboriginal political organisers because of the range of restrictive and discriminatory state laws that controlled the movement of Indigenous people.

Just how tough it could be was demonstrated by the protracted dispute at Cummeragunja which began in 1937 and in part prompted William Cooper's disillusionment and idea for a protest at the sesquicentenary celebrations the following year.

Aboriginal residents had at first sought William Cooper's assistance over grievances with the Protection Board manager. When Cooper's moderate tactics of petitioning the NSW Protection Board failed, the community turned to former Cummeragunja resident Jack Patten who, on Friday 3rd February 1939, was arbitrarily arrested when he addressed the people on the reserve.

Two thirds of the residents immediately packed up and crossed the Murray River into Victoria and thus withdrew their labour from the NSW Protection Board.

This action has been described as

perhaps the first direct political action taken by Aboriginal people which lay outside the guideline offered by the established system.

The same author points out the vital importance the Cummeragunja strike in terms of its "profound effect on the thinking of Aboriginal people involved, despite its lack of short-term success.

"Former Cummeragunja residents who moved to Melbourne in the 1940s and 50s had learned a valuable lesson on the intransigence of the white bureaucracy and the possibility of direct and united Aboriginal action.

"These people and their sons and daughters became part of the core of activists who were to take a much more radical line in the Aboriginal movement for self-determination in the late 1960s". 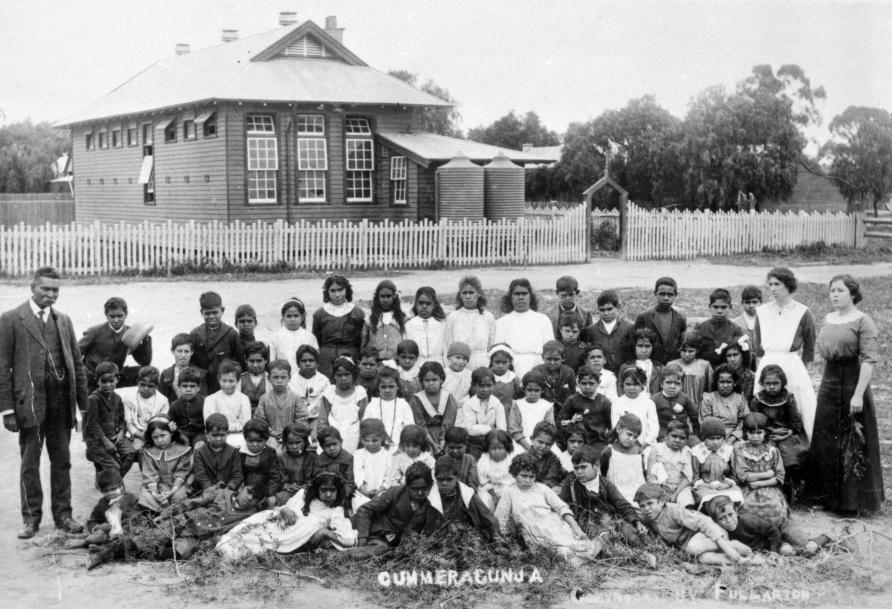 But in the short term, the Cummeragunja strike had taken the wind out of the sails of most of the south-eastern Aboriginal organisations which had failed to win the battle of wills, despite concerted campaigns.

And despite the Day of Mourning, William Cooper's more conservative approach seemed discredited. It is significant that the children of the Cummeragunja exiles were among those most attracted to the more direct action tactics of the Black Power movement in the late 1960s.

political organisation of all types was constrained in the conservative atmosphere of Menzies' post-war Australia.

Of the 25 people who were at the meeting, only three (Bert Groves, Doug Nicholls and Jeff Barnes) were Aboriginal. As the organisation grew, the dominance of non-Indigenous people on its governing committee became entrenched, and even as it changed its name at its Easter conference in 1964, there were rumblings of Aboriginal discontent at lack of indigenous control.

In NSW, the focus remained on local struggles usually over issues of land, segregation and discrimination until 1965.

Then, former soccer player and student at University of Sydney, Charles Perkins, decided to emulate similar action to one deployed by the American civil rights movement as he sought to expose the level of segregation and racism rampant in NSW at the time.

In February 1965, Perkins and Reverend Ted Noffs of the Wayside Chapel organised a "Freedom Ride" with 30 white Sydney University students from the group Student Action for Aborigines (SAFA).

The Freedom Ride bus outside the Hotel Boggabilla in 1965. Image source: State Library of NSW

Perkins took SAFA on a bus ride into some of NSW's most notoriously racist country towns. They were pelted with eggs and rotten fruit when they tried to desegregate the Moree swimming pool and such was the level of violent response they encountered that the hired bus driver left the tour halfway through out of fear.

But the resultant publicity resounded around the world and exposed the vicious nature of Australian racism in an unprecedented way. As Adam Shoemaker described it:

Internationally inspired, a product of cooperation between whites and blacks committed to the same ideals, confrontationist but non-violent, the Freedom Ride was a consciousness-raising exercise that was very effective.

"Awakening media interest in Aboriginal affairs was, for the first time, marshalled in favour of the Black Australian cause, to the severe embarrassment of many white townspeople in rural New South Wales. All of these elements foreshadowed a pattern of protest that was to continue and expand in the 1970s and 1980s."