Below is Part 4 of his essay, White Police and Black Power: The Origins of the Aboriginal Legal Service.

Birth of the Redfern Black Caucus

The Freedom Ride had the effect of inspiring a young generation of Koori political activists in southeast Australia to stand up for their rights.

Paul Coe and his sister Isobel had grown up on Erambie Mission in Cowra, Gary Williams at Nambucca Heads, Gary Foley in both Tenterfield and Nambucca Heads, Billy and Lyn Craigie at Moree, Keith Smith at Nowra, Bob and Sol Bellear at Tweed Heads, and Michael Anderson in Walgett. 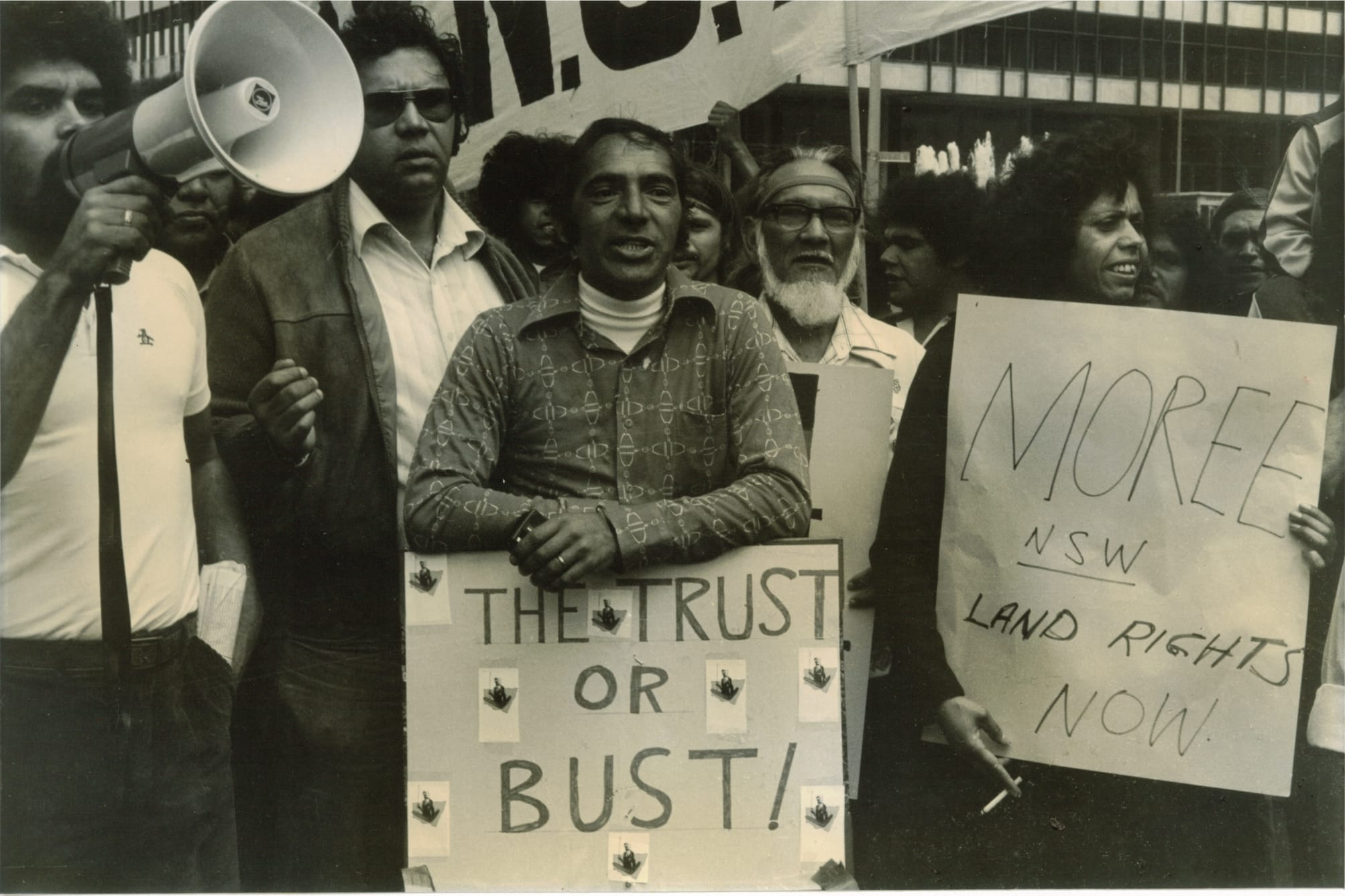 Lyall Munro had been inspired by the Freedom Ride when it passed through his home town, and he later said the experience enabled him to see "the power of direct action that day in Moree". All of these young people had then been part of the significant Aboriginal migration to the city that had occurred during the 60s. As Gale wrote in 1975,

…Aborigines continue to move out of their isolation into the mainstream of Australian city life…[they] are no longer willing to accept the lowest position in the socio-economic scale…This resurgence of Aboriginal identity has led to a change in the patterns of race relations in this country.

Whilst a few of the future young activists like Coe and Williams had matriculated at high school, the majority whilst having had a better education than their parents’ generation who had been systematically and deliberately deprived of any meaningful educational opportunities, had nevertheless dropped out of school very early.

Often this was because the education system itself was perceived by many Aboriginal youth as a part of the system that oppressed them.

the isolation of the black kid going through the present education system ... forced to aspire towards lower middle class values ... conditioned to uphold and try to keep white material values.

Furthermore, at that time school "histories, encyclopedias and other popular works, informed by social evolutionary ideas, represented Aborigines as primitive and passive people". 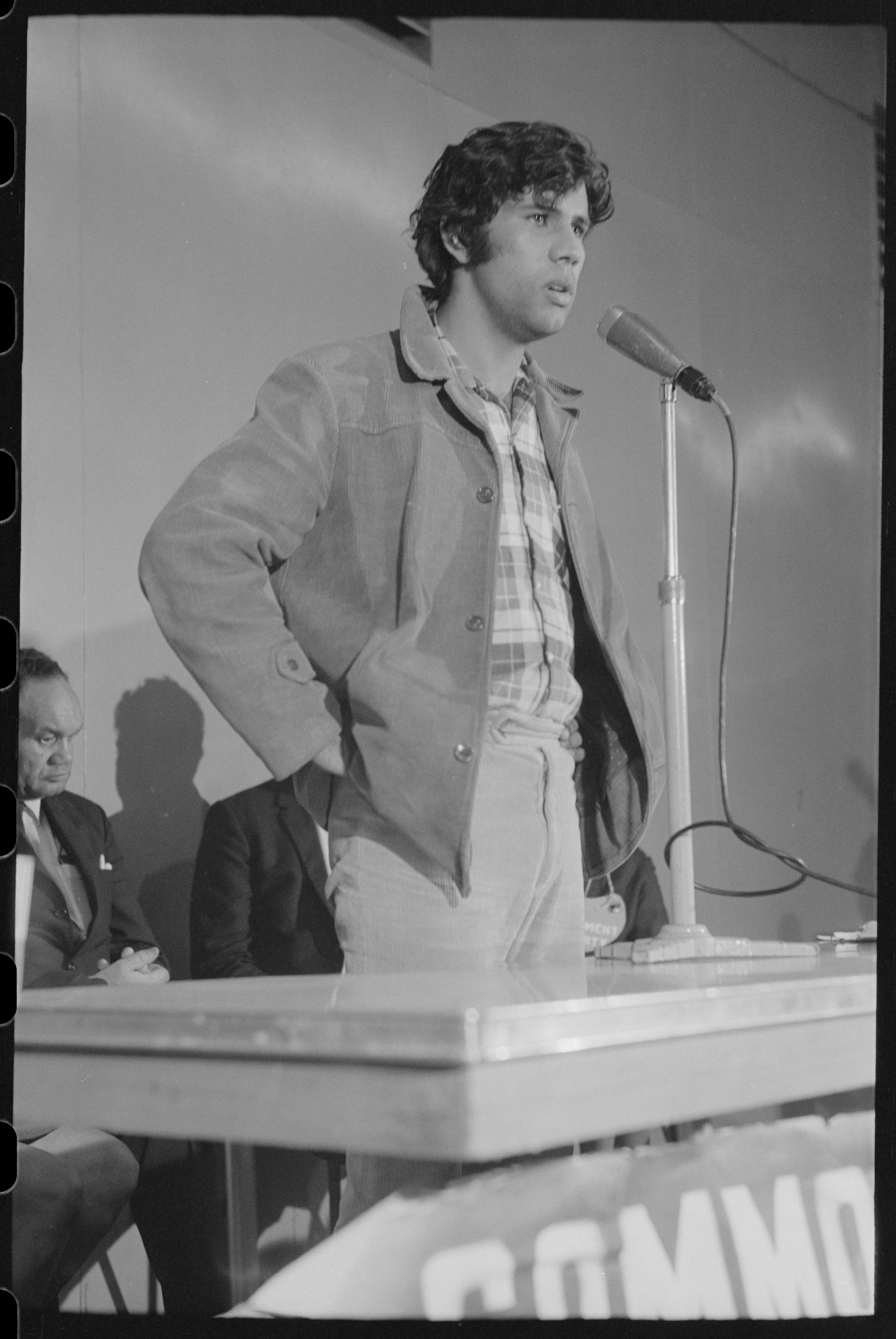 Paul Coe speaking out against Captain Cook bicentenary celebrations in Sydney in 1970.

Thus, these young Aboriginal immigrants from the rural areas of NSW and beyond, in part saw themselves as people who rejected the eugenicist tenets of the 'Assimilation Policy' in the education system as it existed at that time.

Coe himself had come from Erambie mission in Cowra and a long tradition of family and tribal resistance, and as Peter Read pointed out in his book on the Wiradjuri people, A Hundred Years War,

Paul's father Les had been one of the fiercest opponents of managerial rule and his mother Agnes is the chairperson of the Wiradjuri Cultural Committee. Paul's grandfather was the third of the trio who had refused to sign its agreement to the Manager's entry regulations on Erambie Station in 1955. 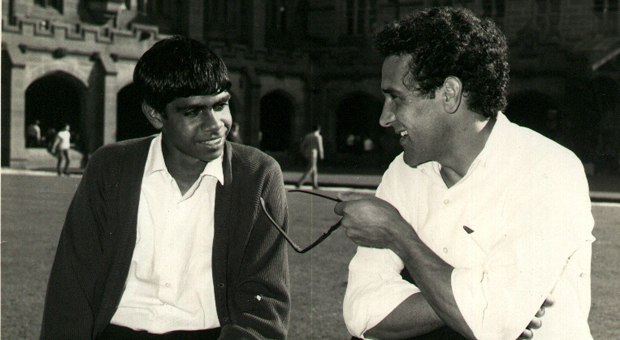 The Foundation for Aboriginal Affairs (FAA) - a central hub

In the mid-1960s these young people, like most Koori arrivals from the bush at that time, began to congregate around the Foundation for Aboriginal Affairs (FAA), a social/welfare centre established by community leaders like Charles Perkins, Ken Brindle, Chicka Dixon and Jack Hassan and boxers Roy Carrol and Teddy Rainbow.

The FAA had set up premises in an old funeral parlour at 810 George Street, near Central Railway Station, and by 1968 had become the major social congregation point for the increasing number of young arrivals from the bush and more established Koori city-dwellers.

It was at the social functions held by the FAA that most of the later Black Power movement had met other young people and began to discuss the events of the day. Many had participated in the campaign for the 1967 referendum and had respected and supported the Gurindji campaign and Charlie Perkins and Ken Brindle in and various actions through 1967-9.

As a result, by their late teens they had developed a relatively sophisticated knowledge and understanding of politics and political methodology from old hands like Brindle, Perkins, and Shirley "Mum Shirl" Smith. 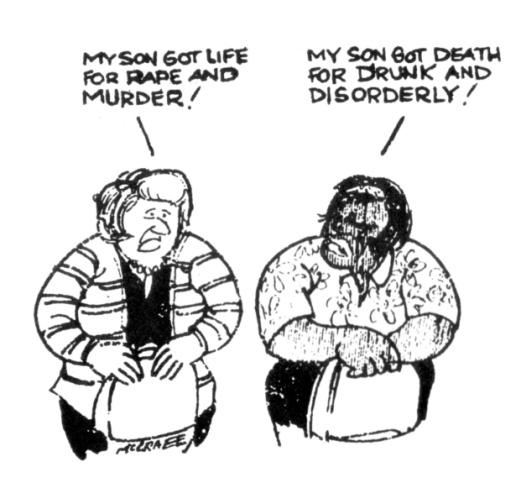 David Swain, 200 in the Shade - A historical selection of cartoons about Aborigines, Collins, Sydney, 1988

These young people were acutely conscious of the strong sense of alienation and injustice, and the hostility toward white authority that they had in common with many of African-American servicemen.

Another reason why the young Redfern activists came to focus on the USA was because at that time there was very little available in the form of alternative political literature for them to study. Very little was being written at that time about the historical situation.

Furthermore, only one bookshop in Sydney sold the type of material they were after. This was the Third World Bookshop, run by Bob Gould, an anarchic Sydney left wing identity.

It was from Gould's bookshop that the Redfern activists began acquiring their reading matter, at first by the simple and expedient way of theft, and later when Gould agreed to provide the group with whatever books they wanted, gratis. 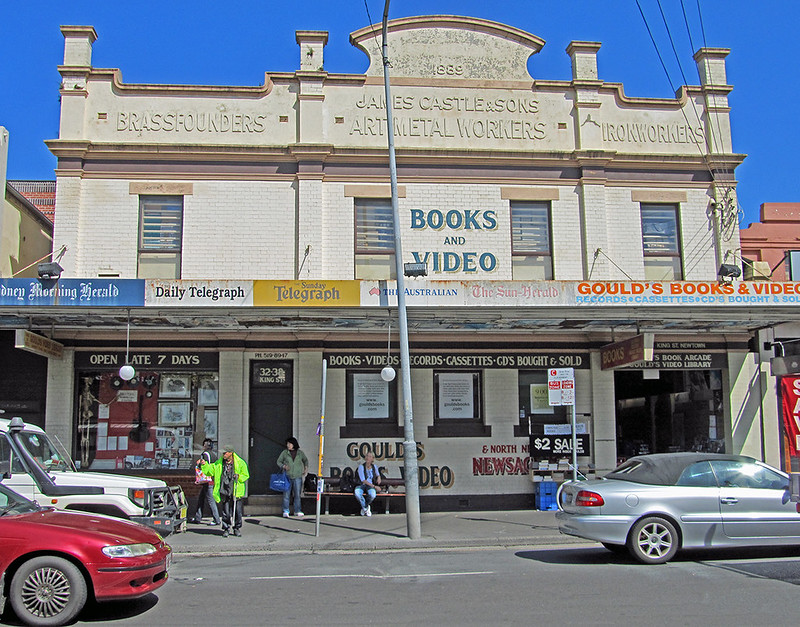 The bulk of the relevant literature that Gould had related to the African-American political struggle, and so the Redfern activists began consuming the works of Malcolm X, Huey P. Newton, Bobby Searle, George Jackson, Eldridge Cleaver and Angela Davis.

But, as Goodall reminds us, it is also important to remember that in 1969 these Redfern activists

were just as aware of the seizure of Alcatraz by Vine Deloria Jnr as they were of the Panthers … and Bury My Heart at Wounded Knee was as widely read as Cleaver’s Soul on Ice. 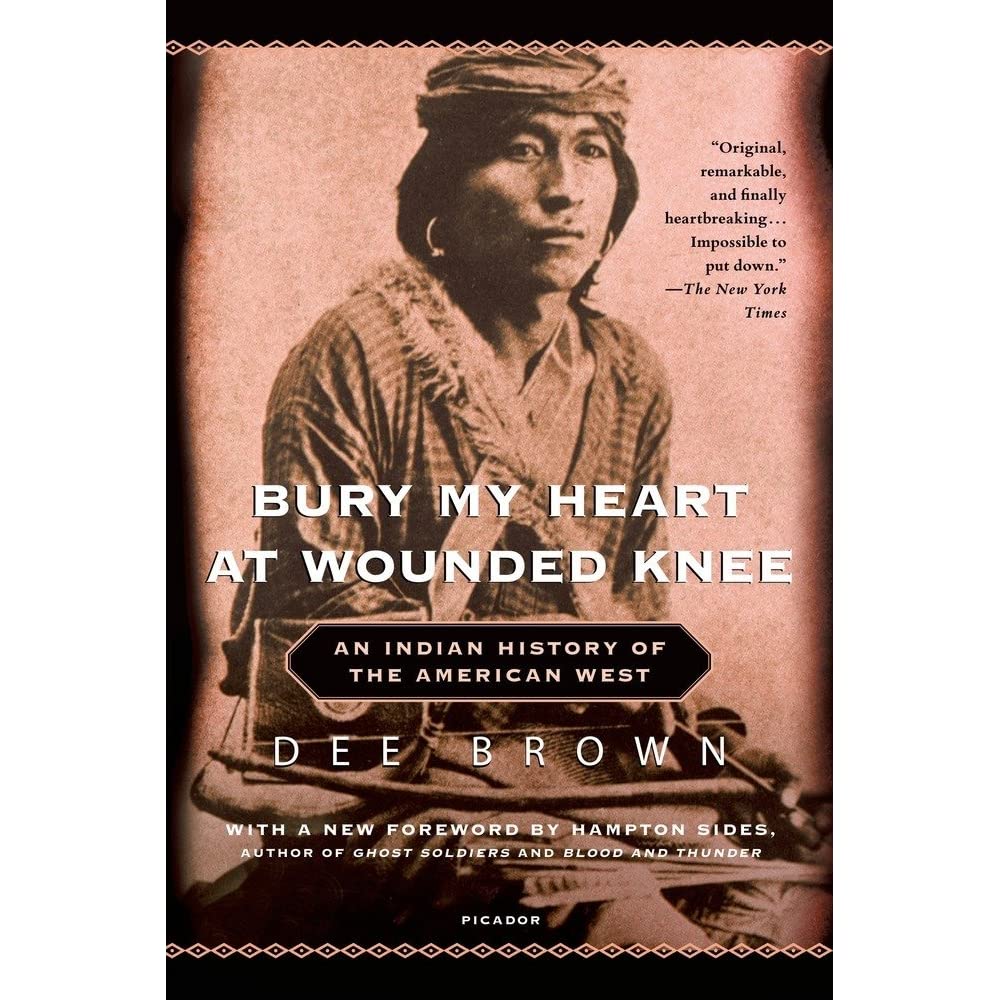 Opposition to the new notions of black assertiveness being developed came from some of the older, more conservative sections of the Indigenous movement, predictably including QLD President of the assimilationist One People of Australia League (OPAL), Neville Bonner, who wrote to the Brisbane Courier Mail,

OPAL disassociates itself from Mrs. Kath Walker's disruptive brand of Black Power, that which used solely as a disruptive tactic.

But the Redfern/Fitzroy Black Power groups were conscious of the winds of change sweeping through Africa and other parts of the colonised world, and saw themselves and the Koori situation in the context of de-colonisation.

Consequently one of their major slogans was 'self-reliance' which meant they were dedicated to creating a new form of Koori community organisation; one which was first and foremost Aboriginal-controlled.

It was only natural that the young Koori activists would look more closely at recent events in the United States where the civil rights movement was caught up in the same cathartic process.

As Max Griffiths said, "the success of Black political activism in the USA provided a stimulus and a model for the more militant urban Aborigines". Young historian the late Scott Robinson observed,

The Black American experience was the most profound exogenous influence on Aboriginal political activism in the 1960s. In America, black communities had become disillusioned at the pace of change under the old conservative, passive, Christian leadership of Martin Luther King and a younger generation of activists sought direct confrontation.