On the second anniversary since the landmark Family Is Culture report, we have joined with Aboriginal child & family peak AbSec and children's rights advocate Vanessa Turnbull-Roberts to demand action.

Family Is Culture revealed widespread deficiencies in the NSW child protection system. It uncovered an out-of-home care system that lacks accountability and maintains a resonance with historical practices of child removal used against Aboriginal communities.

Just in the past fortnight, we've learned that this broken system now removes Aboriginal kids from home at 11 times the rate of non-Indigenous children. The need for reform has never been more urgent.

We've released a community monitoring framework to hold the NSW Government to account in implementing Family Is Culture's 126 recommendations.

There's also a public petition that you can sign, urging the Government to stop delaying crucial child protection reforms that can better the lives of Aboriginal children.

If you're not sure why this is so important, we'd like you to hear it from one of the thousands of Aboriginal young people impacted by the system. Here is Vanessa Turnbull-Roberts' story, told in her own words. 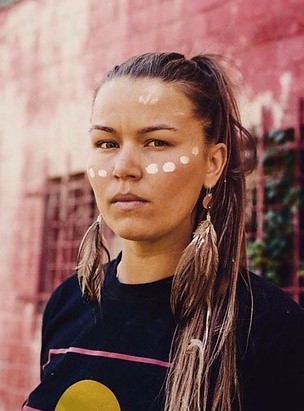 I have witnessed first-hand the process of punitive measures being the “solutions”, over genuine holistic intervention and prevention supports.

State intervention commenced in my early childhood from racially charged motives in my community, where many children in our local area still to this day have the department intervening inappropriately and in a culturally unsafe way. The day I was born, Mum was welcomed with caseworkers and my father racially profiled.

I would never deny the fundamental rights for our children to feel nourished, loved and protected, however the current agenda that exists in both legislation and practice is a false narrative that blak families and communities cannot provide this. When in fact, it's who we are and where we come from.

I was removed the same year Kevin Rudd gave his national apology to the Stolen Generations, a moment that sent both international and national motivations of what we all thought meant change, acknowledgment of our previous survivors of the Stolen Generations and a better future for First Nations people. Except in this moment, I felt confused, because I knew my mum and dad were fighting for my custody, were fighting for my culture, were fighting for me to come home. The injustice is, they were put up in a fight against the unlimited resources, racism and harm of the state.

I remember as a child doing visitation, crying and never knowing if this meant that I would be returning to the caseworker's car to be taken back to the foster placement, or it meant they might drive away, and I would finally be home with my family.

The foster placements were not safe and have taught me exactly who I do not ever want to be. It did not provide a better life, nor did it support my fundamental needs. In fact, in further perpetrated more harm.

I was removed by over 10 police officers and a caseworker who attended our housing flat during the later hours of the night. I was petrified and vomited in the back of the car they forced me into.

Imagine being a parent in this situation. The police and caseworkers force themselves into your home and tell you both to hug one another one last time. That was me and my dad.

The state care system did not give me a better life. It provided more harm than good, and the goal must always be to do no harm.

I ran from state care at 18, leaving the last placement I was put into. Racism and harm runs deep, and even deeper in these white foster placements. I ran and decided to use education a stepping tool to freedom. Not just for me, but for all the children, families and communities subjected to statutory out-of-home care.

Child protection has a lot to be accountable for, in particular the failure to amplify community organisations and voices and ensure the rights of First Nations children.