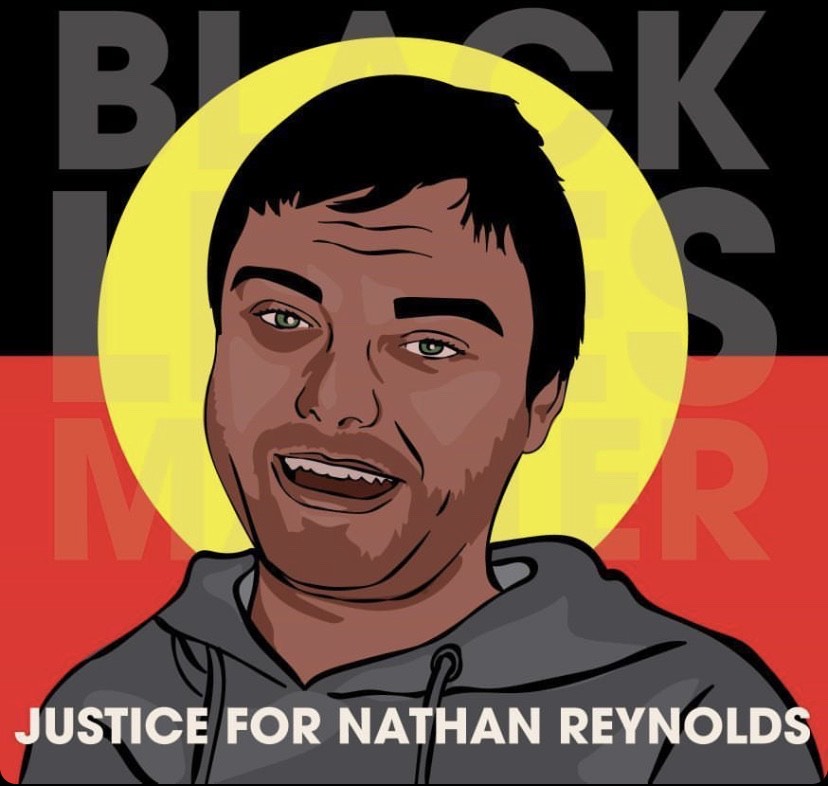 WHEN: 9am Monday 19 October 2020
WHERE: NSW State Coroner’s Court – 1A Main Ave, Lidcombe, NSW 2141
WHO: Members of the Reynolds family and representatives from the Aboriginal Legal Service NSW/ACT
WHAT: Smoking Ceremony, Didgeridoo player and dancing will be followed by members of the Reynolds family reading out a prepared statement and ALS CEO Karly Warner providing comment. The family may wish to take questions from the press.

The coronial inquest into the death in custody of proud Aboriginal man Nathan Reynolds commences at NSW Coroner's Court in Lidcombe today.

Nathan was a father, a step father, a brother, a nephew, a grandson and a son. Nathan had a chronic asthma condition. He was serving a 4-month fixed term. Corrective Services knew of Nathan’s health condition. He was expected to be released on 7 September 2018.

On 31 August, Nathan had an asthma attack. He alerted the guards, they arrived and attempted to put him into a wheelchair. Then they called the nurse on site. She arrived and gave naloxone to Nathan, a drug given to patients to counteract the effects of an overdose. An ambulance was called. The ambulance officers arrived. They attempted to resuscitate Nathan, but nothing could be done. He was pronounced dead on 1 September 2018, a week before he was due to come home.

“On the first day of September, in 2018, we lost our brother Nathan Reynolds.  He died in custody, after having an asthma attack. On that day, our families lives changed forever.”

"Nathan died on the cold floor of a prison, with no loved ones around him. He was just 36 years old – he died far too young.”

“We’re here today because we want to know the truth and we want justice for our brother – we want to make sure that no other family should have to go through this pain" said Taleah and Makayla Reynolds.

The inquest is scheduled to run until mid-next week. The key questions the Reynolds family want answered at the inquest are:

The Reynolds family is hopeful that the Inquest will provide answers as to how their brother could die of an asthma attack in the care of the State. The family are hopeful the Coroner will recommend appropriate changes to Justice Health and Corrective Services training, policies and procedures to ensure no one will ever have to go through the grief and loss they have experienced.

Karly Warner, CEO of the Aboriginal Legal Service (NSW/ACT) who is representing the family, said Nathan Reynolds should still be alive today and that accountability for his death and improved practices are critical to preventing future deaths.

“Next year it will be 30 years since the Royal Commission into Aboriginal Deaths in Custody handed down its findings. The Royal Commission was meant to put an end to Black deaths in custody but the Commission’s findings continue to gather dust, and over 440 of us have died in police or prison cells since.”

“That means that on average one Aboriginal or Torres Strait Islander person has died in police or prison custody every three weeks for 29 years. Hundreds of families have been left behind, in grief, agony and despair since the Royal Commission.”

“We’re standing in solidarity with the Reynolds’ family today and their calls for justice – there must be accountability for Nathan’s death, and swift action to put an end to tragic and preventable deaths” said Ms Warner.