A life of institutionalisation and death in custody: coronial findings due for Aboriginal man Kevin Bugmy

What: Deputy State Coroner Harriet Grahame is scheduled to deliver findings for the coronial inquest into the death of Kevin Bugmy at 9:30 am.

Barkindji man Kevin Bugmy died in custody at Cessnock Correctional Centre on 13 April 2019, aged 57. Most of his life had been spent under the thumb of state institutions, from his childhood as a ward of the state to his adulthood in prison.

Mr Bugmy was failed by the child ‘protection’ policies that saw him stolen from his family, and later by the prison system that saw him constantly moved around, denied access to culturally safe healthcare, and unable to maintain a relationship with his kin.

Doreen Webster has granted permission for media outlets to publish the below photos (click to access in full resolution): 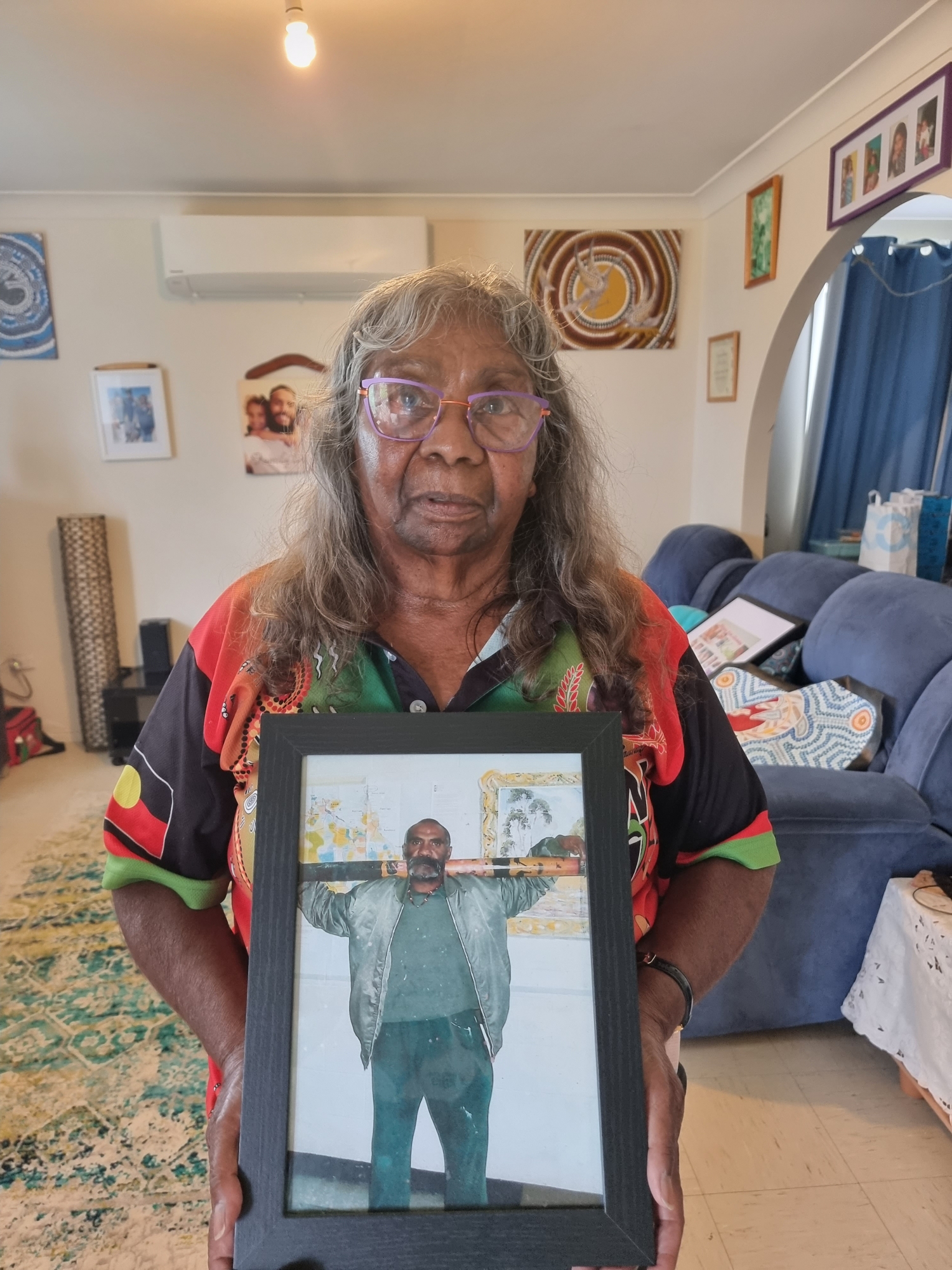 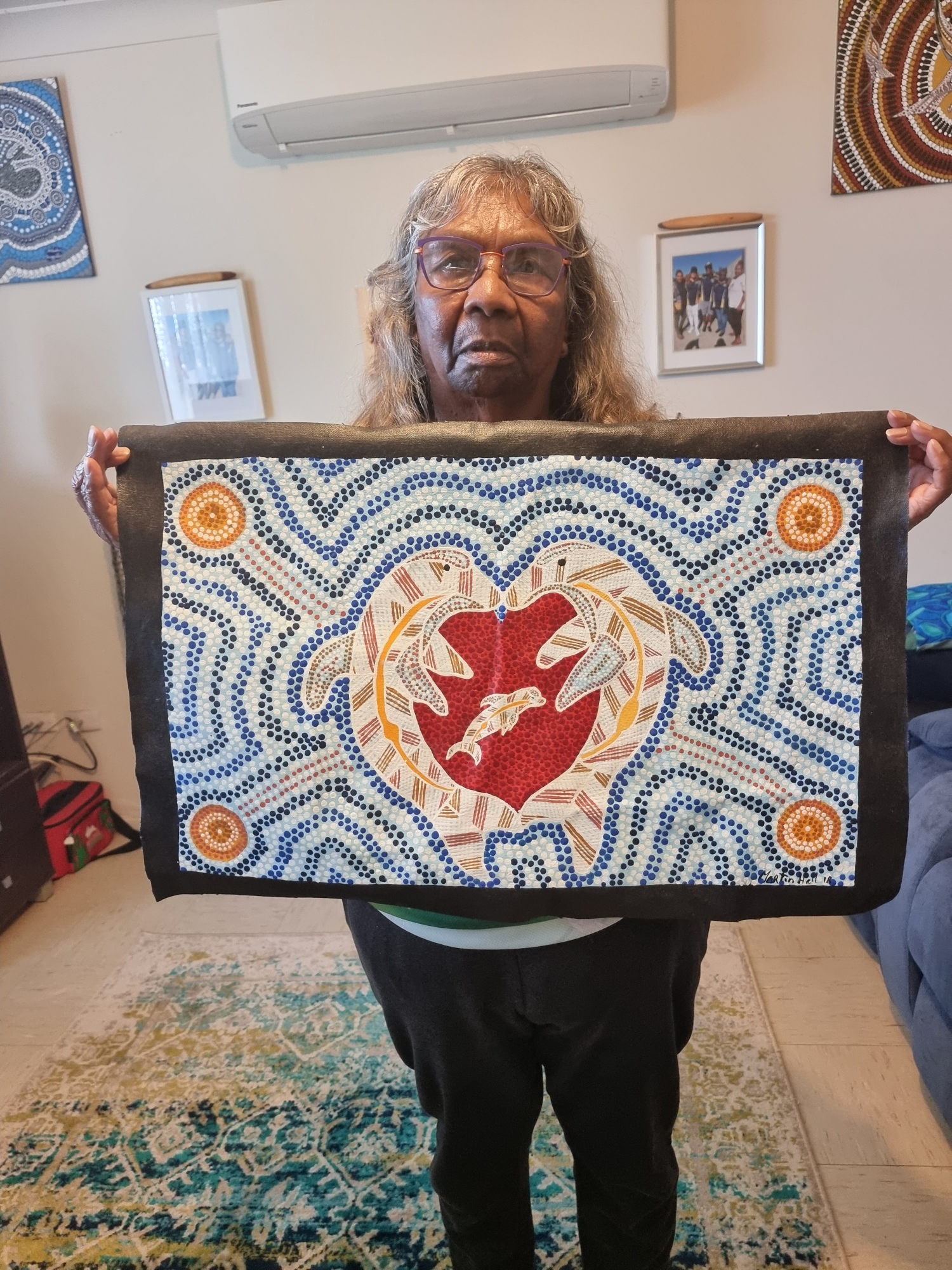 Kevin Bugmy’s sister, Doreen Webster holding an artwork that he kept in his cell.