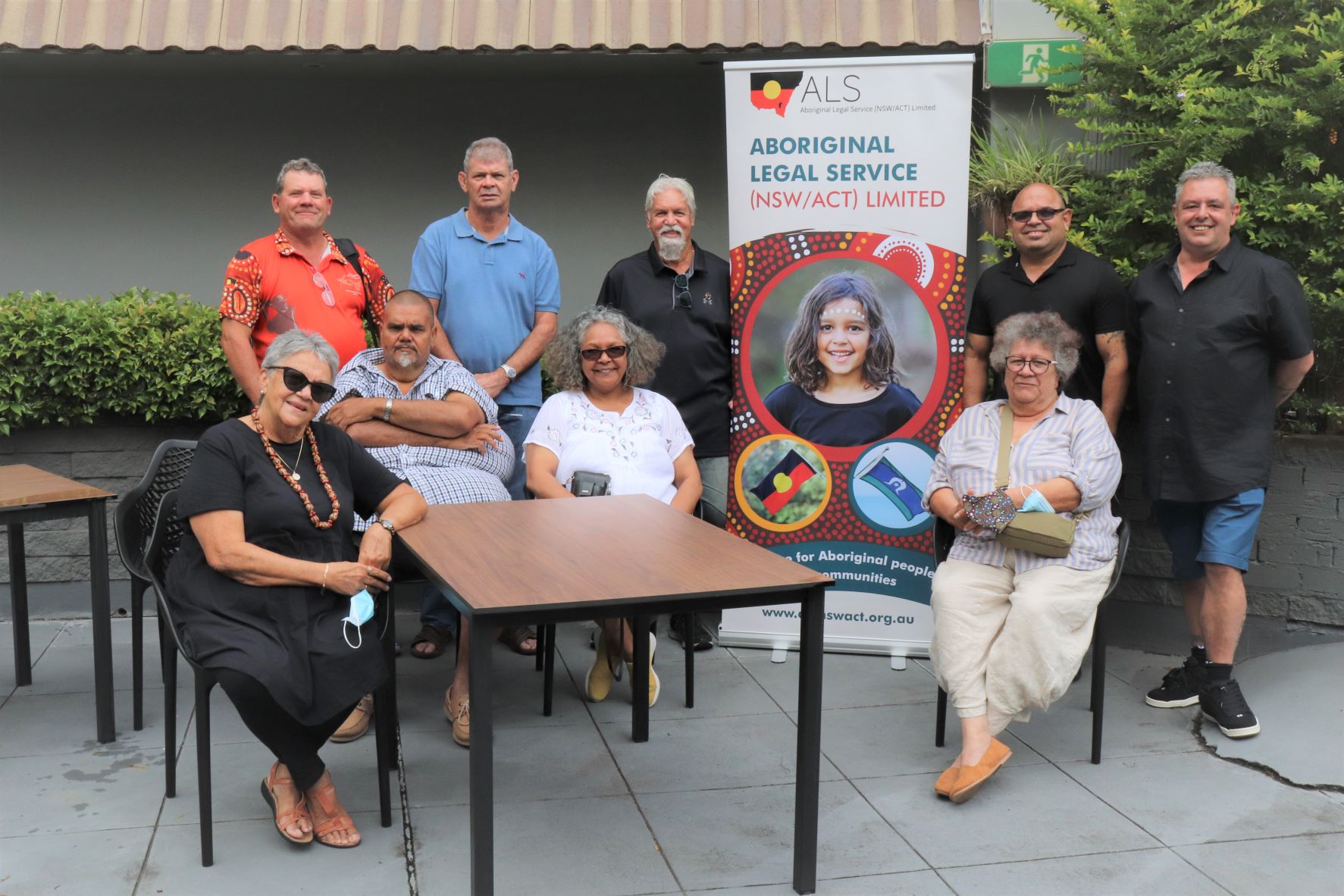 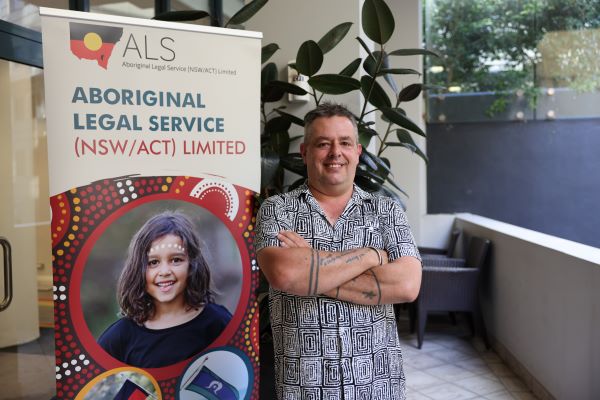 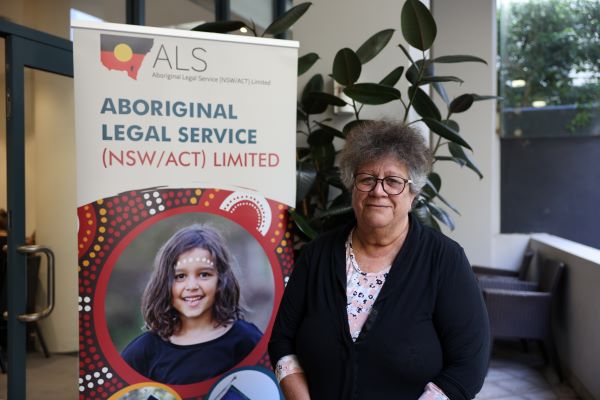 Aunty Lorraine is a proud Wiradjuri woman, mother and grandmother from Dubbo. She began working with the Western Aboriginal Legal Service in 1997, where she would remain for 16 years (including the period when the organisation was merged into the Aboriginal Legal Service (NSW/ACT) Limited). After five years of retirement, she applied to become an ALS Director and has been honoured to fulfil this role for seven years and counting. In her earlier working life, Aunty Lorraine served in government departments including ATSIC, the Commonwealth Employment Agency, and Department of Education and Training. 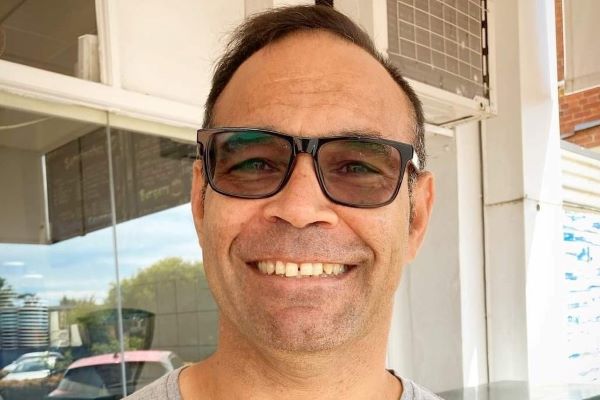 Jason’s father’s Country is Kamilaroi and his mother’s Country is Ngunnawal. He was born and raised in Walhallow, later living in Quirindi and Canberra. Jason has been Chief Executive Officer of the Walhallow Local Aboriginal Lands Council since 2008 and is a Councillor on the Liverpool Plains Shire Council. He is an active member of Liverpool Plains Aboriginal communities, teaching Gamilaraay language and cultural practices through local schools and community events. Jason holds various certificates in training and assessing, accounting, government, project management, Aboriginal arts and cultural practices, and Gamilaraay language. He has previously worked at Aboriginal Hostels Canberra and ATSIC. 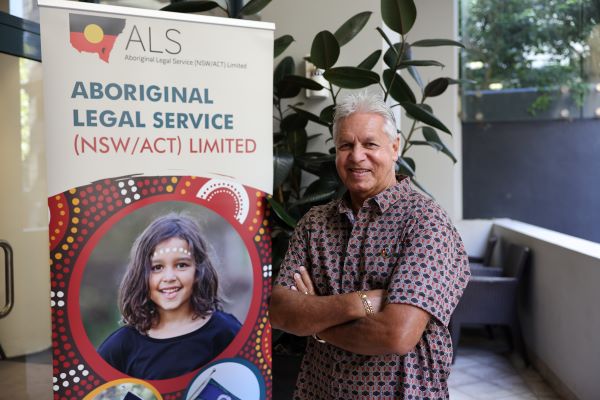 Avery is a descendant of the Averys, Charleses, Littles, and Mundines on his mother’s bloodine, which is Bundjalung mob; and the Jarretts on his father’s bloodline, who are Gumbaynggirr mob.

He grew up at Baryulgil and Coaldale. Together with his wife Helen (also an ALS Director), he has reared around 30 Aboriginal children in kinship care.

Avery has worked at a range of organisations over the years, including Clarence Valley Council, Randwick City Council, the Tony Mundine Hostel, and South Sydney Youth Service where he worked overnight for the Street Beat bus service. The bulk of his career was spent at the ALS, where he worked as a field officer from roughly 1980 to 2000, then from 2006 to 2017. Alongside his paid work, Avery has always engaged in community and volunteer work including the Grafton Midnight Basketball program. He was one of a group of people that helped establish the Boomerang Bus Service in La Perouse.

As well as serving on the ALS Board, he has been President of the New School of Arts Neighbourhood Centre in Grafton for the past 10 years, and is also a Member of Grafton Aboriginal Land Council. Avery holds a Diploma of Business Governance and a Diploma in National Legal Advocacy. He is the recipient of a NSW Government Community Services Award. 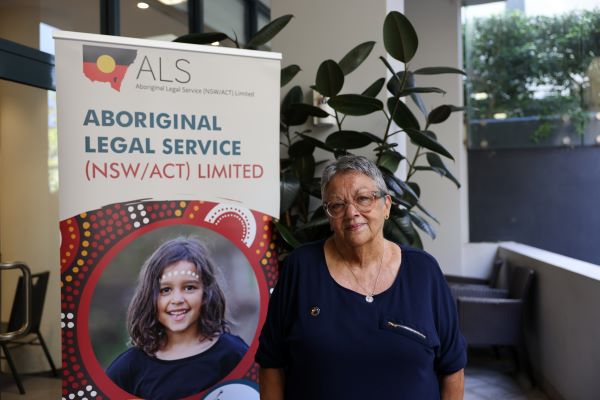 Helen is from the Chatfield, Goulding and Bennett bloodlines and a Burra Bee Dee descendent from Coonabarabran, NSW. She is a member of the Stolen Generations.

She has a Bachelor of Social Science and a Diploma of Business Governance, and is trained in conflict management and mediation. Before retirement, Helen worked in a range of community support roles in health, women’s services, corrective services, Centrelink, local council and the legal system, and she continues voluntary support work within the social justice system. In recent years, she has  established an off-Country Aboriginal women’s group called Connected Women’s Dreaming for older Aboriginal women who suffer social isolation.

However, Helen’s most rewarding role was as an Aboriginal kinship carer, and she has reared around 30 children together with her husband Avery (who is also an ALS Director). In 2020, Helen was recognised as both Senior Volunteer of the Year and overall Volunteer of the Year for the NSW North Coast. 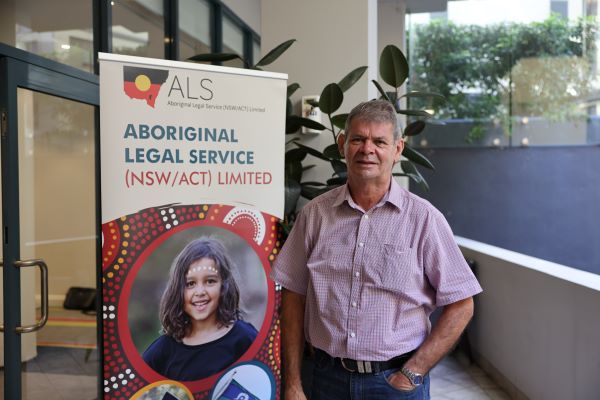 Robert is a proud Wiradjuri man. He spent his early years living on both the “Aboriginal Sandhills”, a shanty settlement on the banks of the Murrambidgee River in Narrandera; and the Three Ways Aboriginal Reserve on the outskirts of Griffith. During his working career, Robert has held a range of senior Aboriginal identified positions in the fields of employment and training, and both employed and elected roles in Aboriginal land rights and housing. He was formerly the Chairperson of the Aboriginal & Torres Strait Islander Commission Wagga Wagga. He is currently the Regional Manager of MLAHMC Parkes and Dubbo, the largest Aboriginal housing management organisation in NSW. 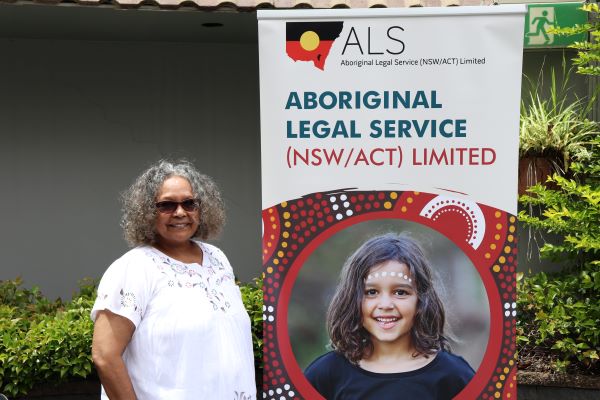 Cindy is a Wiradjuri and Kamilaroi woman. She was born on Wailwan Country after both her mother and father’s families were rounded up and put on missions and reserves. She has lived on Ngunnawal Country since 1991. Cindy has worked as a public servant since the 1970s in the Department of Education ACT, Women’s Service ACT, Commonwealth Employment Service and Department of Social Security. 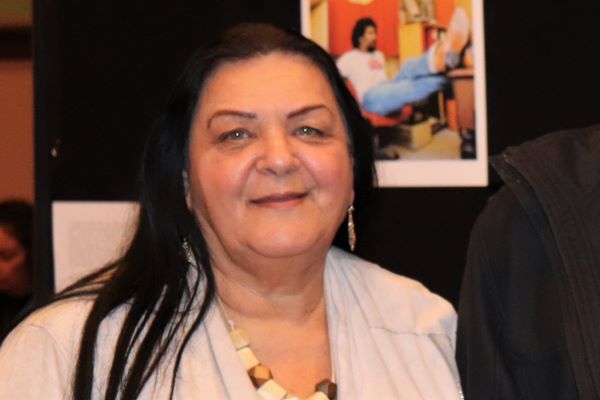 Before originally becoming an ALS Member and Director in 2009, Antionette was Chairperson for the Aboriginal Legal Service for South Eastern NSW (SEALS) and has also been involved with Aboriginal legal services in Brisbane and Ipswich. She has spent most of her working life in Aboriginal affairs for both government and community organisations, with a focus on health, education, housing, legal and justice issues. She rejoined the ALS Board of Directors in 2021. 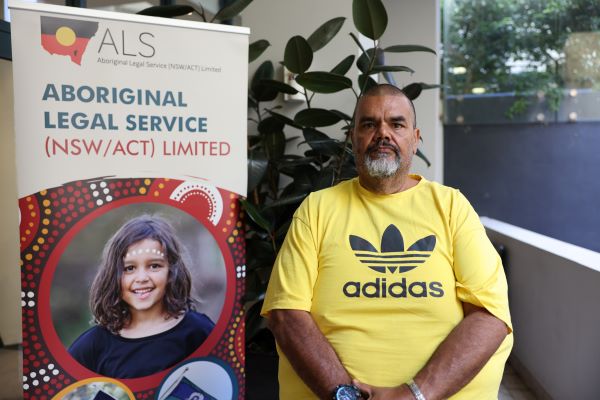 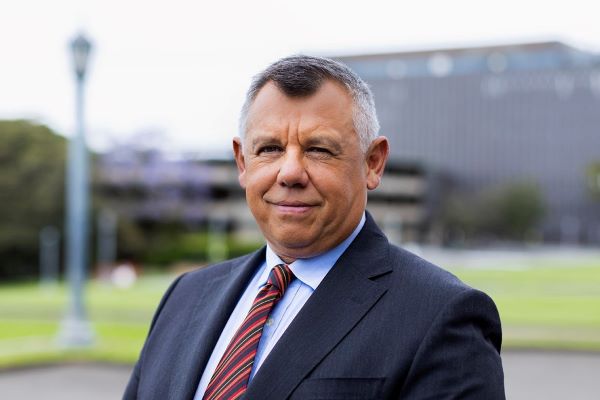 Tony McAvoy is a Wirdi man from the central Queensland area around Clermont. He is also a native title holder in his grandmother’s country around Thargomindah in southwest Queensland.

In 2015, Tony became the first Aboriginal or Torres Strait Islander person to be appointed as Senior Counsel. His law career began in 1983, when he joined the Aboriginal and Torres Strait Islander Legal Service in Brisbane after finishing high school. Tony graduated in law from QUT (Queensland University of Technology) and was admitted as a solicitor in 1988. He was called to the Bar in NSW in 2000.

Tony was a part-time Acting Commissioner on the NSW Land and Environment Court from 2011 to 2013. In 2013, he was junior for the appellant in the racial discrimination case Maloney v Queensland in the High Court. He was co-Senior Counsel assisting the Don Dale Royal Commission in 2016-2017. In 2018, he was awarded the QUT Outstanding Alumnus Award.

Tony chairs and contributes to several professional committees in NSW and nationally. Together with Chris Ronalds SC, he established the annual National Indigenous Legal Conference in 2006. In his legal practice, he has represented many successful native title claimants, advised and negotiated in relation to treaty processes, and continues to regularly represent Aboriginal fishers on the NSW South Coast who face charges for engaging in cultural fishing practices. 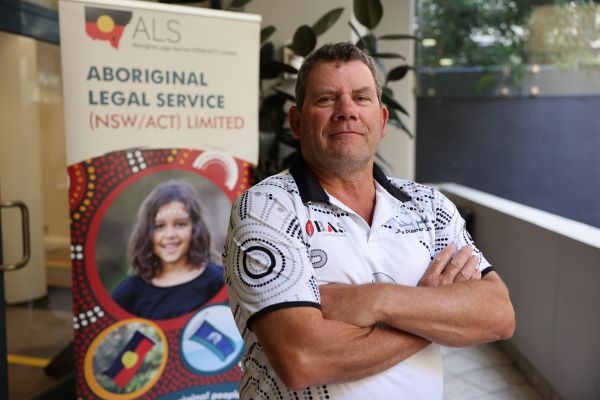 Keith is a proud grandfather and father. He has several qualifications including a master degree in Indigenous health, diploma in Aboriginal health and community development, certificates in business management and business planning, and a trade certificate in carpentry and joinery. Keith served as the last ATSIC Chairperson for the Queanbeyan region and has been on numerous Aboriginal committees. 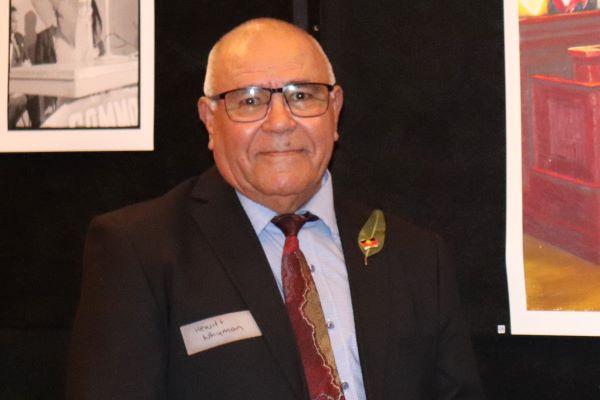 Born in Deniliquin, Uncle Hewitt’s mother’s Country is Yorta Yorta and his father’s Country is Wemba Wemba. He has worked in Koori communities at a grassroots level and has been a representative on many government agencies for more than 40 years, after a proud army career in his early adulthood. Uncle Hewitt was a longstanding ALS staff member before his retirement in 2013 and was responsible for establishing the ALS offices in Wagga Wagga and Griffith. He went on to hold the positions of Field Officer, Zone Manager and relieving Chief Executive Officer. In 2003, Uncle Hewitt won the Aboriginal Justice Award from the Law and Justice Foundation of NSW, recognising his outstanding commitment to improving access to justice for Aboriginal peoples. He was also awarded NAIDOC Aboriginal Person of the Year Wagga Wagga in 2000. 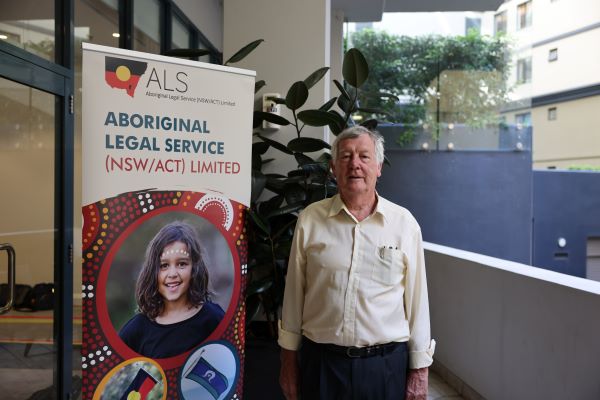 Peter is a solicitor who has been associated with the ALS since the 1970s. As one of the first ALS volunteers, he helped observe and document police harassment and brutality against Aboriginal people on the streets of Redfern. He served on the first ALS Management Committee and assisted the organisation in various capacities while working as a Partner in a leading Australian law firm over the following 50 years. Peter is the only non-Indigenous Director of the ALS, appointed to the Board as an Honorary Director due to his significant contributions to the fight for justice. In 2006 he was awarded the Justice Medal by the Law and Justice Foundation of NSW.

← Back to ALS governance