A coronial inquest into the death of 22-year-old Gomeroi man Gordon Copeland begins today in Moree.

Gordon passed away after disappearing into the Gwydir River during a police incident in the early hours of 10 July 2021.

“Gordon was such a bright, bubbly person – he loved and helped everyone. The past year has been so hard without him here. We miss him so much,” said Josephine Brown, Gordon’s partner and mother of their two boys.

“It damages me that my babies have got to grow up without their dad. Our littlest one didn’t get to meet him and our four-year-old always looks for him.

“I want some accountability. I want justice,” she said.

“I want to find out exactly what happened that night. I want answers. Life is just not the same without Gord,” Ms Copeland said.

Gordon’s aunt, Jacinta Copeland added: “Gord was only 22 and should have had a long life ahead of him. We want to prevent this from happening to other kids. Narelle’s got a lot of nephews and grandchildren who still have to grow up in Moree.”

The Aboriginal Legal Service is representing Gordon’s family in the coronial inquest, which will be looking into issues including how and why Gordon entered the Gwydir River; the response from police once he was in the river; and how his missing persons case was handled.

Well over 500 Aboriginal and Torres Strait Islander people have died in prisons and police operations since the Royal Commission into Aboriginal Deaths in Custody.

“No one should pass away alone, in pain and fear, without their loved ones by their side. Yet this has been the reality for too many Aboriginal people. Each time an Aboriginal person dies in custody or a police incident, the ripples of trauma are felt throughout our communities,” Ms Warner said.

The family give permission for media outlets to publish the below image: 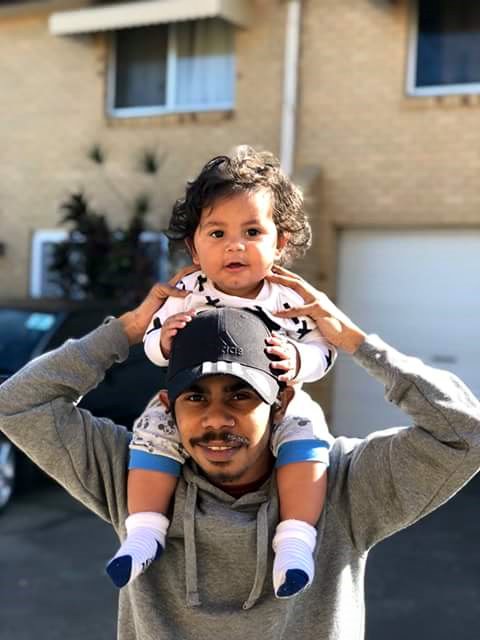 Gordon Copeland is pictured with his first-born son. Tragically, Gordon passed away shortly before his second son was born.