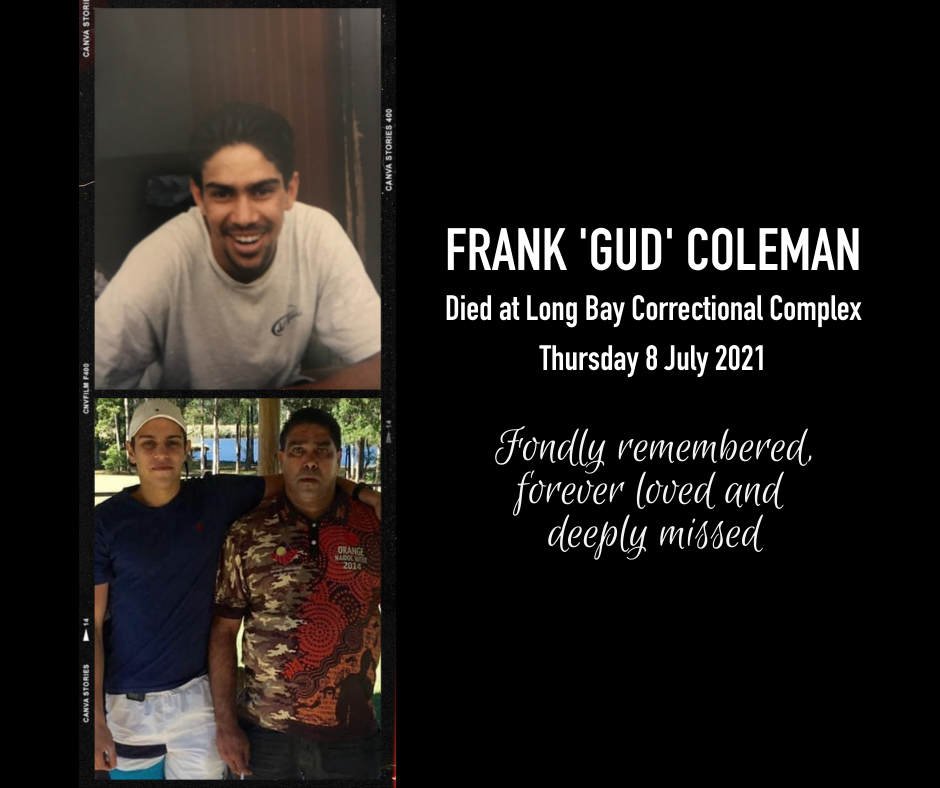 Frank is one of at least 478 Aboriginal people to die in prisons and police incidents since the Royal Commission into Aboriginal Deaths in Custody. He is fondly remembered and deeply missed by his ex-partner Skye; his adult children Samantha, Ricardo, Lakota and Dominic; his sister Katrina (Missy); and his father Robert.

“Frank was extremely outgoing and friendly; he would talk to anyone. He was extremely staunch and proud in his Aboriginality, his culture and community. He absolutely loved and adored his children. One of his biggest wishes was to be reunited with his eldest son Ricardo, who was killed four years ago,” said Skye Hipwell, Frank’s ex-partner and the mother of three of his children.

“Dad’s a person that definitely put a smile on everyone’s face. I don’t think there’s a single person who knows him who hasn’t been affected by his smile or laugh,” said Frank’s daughter, Lakota Coleman.

Frank’s family and the Aboriginal Legal Service NSW/ACT are demanding answers after learning that he was found unresponsive in his cell on the morning of Thursday 8 July.

“Frank was healthy. His death came as a complete shock to us,” said Ms Hipwell.

“The Coroner has contacted us however time frames are still unknown for an autopsy. To date there has been no determination of cause of death and we are still left without answers,” said Ms Coleman.

The family’s grief is compounded by the fact they hadn’t seen Frank in person for roughly 18 months.

“COVID restrictions impacted our ability to visit and Frank was moved around a lot between prisons. There were quarantine periods whenever he was moved. At times he was several hours’ drive from Sydney,” Ms Hipwell said.

“We understand he didn’t have any visitors for several months and that’s an agonising period of time to go without any physical contact with your siblings, your parents, your children.

“Frank always said he was not a free man, he was living under a white man’s law, and it breaks my heart that he died not a free man. He died alone in a jail cell and no one knows anything about his last minutes,” Ms Hipwell said.

Frank’s family want a coronial inquest to be scheduled as soon as practicable. They say the prospect of waiting two years or more for Frank’s death to be examined in the Coroner’s Court is unacceptable.

“There’s no finality, it just goes on and on and on. The thought of having to wait years for an answer about why he died and the cause is really distressing,” said Ms Hipwell.

Karly Warner, CEO of the Aboriginal Legal Service NSW/ACT, said the organisation’s thoughts are with the family and it will offer legal support in a coronial inquiry.

“Each time an Aboriginal person dies in custody, the lives of their family members and entire communities are changed forever. The trauma is something they carry every day,” Ms Warner said.

“It’s devastating beyond measure to have this conversation with yet another Aboriginal family whose loved one has died alone behind bars.

“Earlier this year Australia marked the 30th anniversary of the Royal Commission into Aboriginal Deaths in Custody. Yet federal and state governments refuse to conclude the Royal Commission’s unfinished business. Life-saving recommendations remain on the shelf while people like Frank suffer lonely and preventable deaths,” Ms Warner said.

Frank's family have given media permission to publish the below photos: 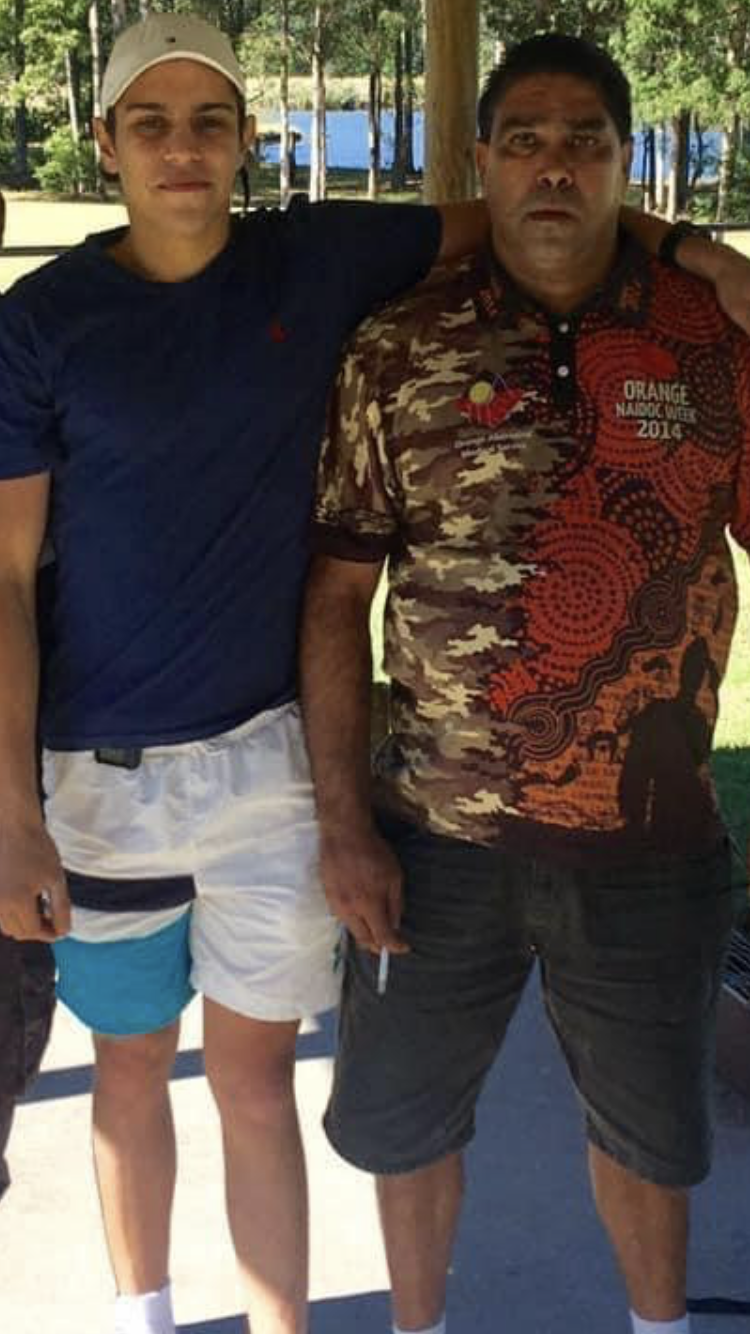 Frank (right) with his deceased son Ricardo. This is one of the last photos they had taken together and was Frank’s prized possession. 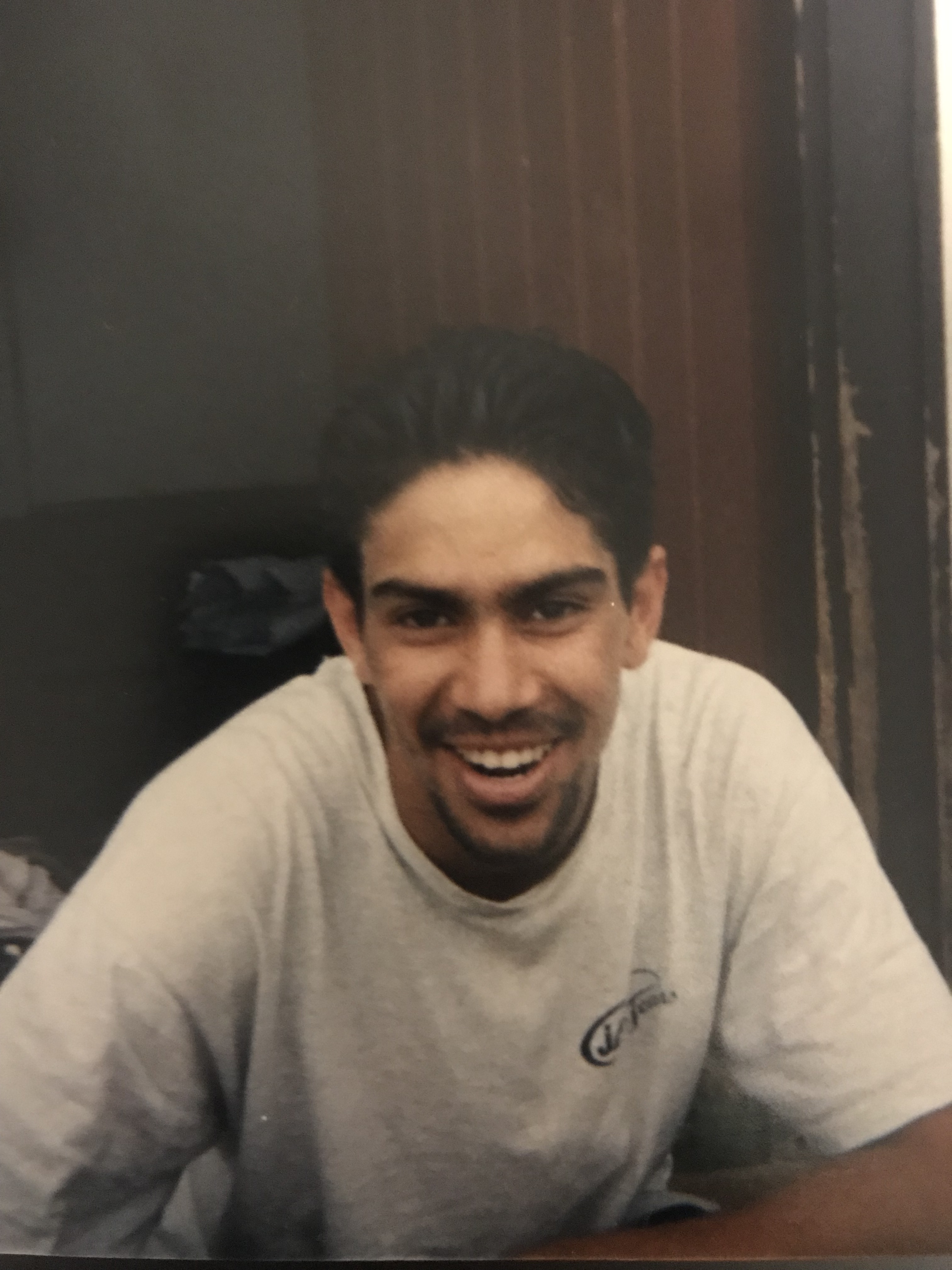 Frank in his younger years.