Ms Hopkins has worked at the ALS since 1997 in various positions, most recently as Principal Solicitor of Justice Projects, Policy and Practice. She is the first person to be appointed directly from the ALS to the District Court bench.

“Sarah’s impressive legal acumen and commitment to justice are apparent to all who work with her. After 25 years at the ALS, we warmly congratulate her on this well-deserved appointment as a Judge to the District Court of NSW,” said Karly Warner, ALS CEO.

Ms Hopkins is an accredited specialist in criminal law and has lectured in criminal law at the University of NSW. She is also the founder and Co-Chair of Just Reinvest NSW, which received the 2019 HESTA Community Organisation Award and 2019 Australian Human Rights Commission Community Organisation Award. She has been working with the Bourke community since 2012 on the Maranguka Justice Reinvestment Project, which was the recipient of the 2015 National Rural Law and Justice Award.

In 2021, Ms Hopkins co-chaired the Closing the Gap Justice Targets Officer Level Working Group and she has continued to play a lead role in the design and implementation of Closing the Gap in NSW. Throughout her career she has served on numerous committees including the NSW Bar Association’s Joint Working Party on the Over-representation of Indigenous People in the NSW Criminal Justice System, the Criminal Law Committee of the Law Society of NSW, the Steering Committee for the Red Cross Vulnerability Report, and as Vice President of the NSW Council for Civil Liberties. In 2017 Ms Hopkins was named the Community Lawyer of the Year by the Women Lawyers’ Association of NSW.

Ms Hopkins will be sworn in on Thursday 2 February 2023.

Media are welcome to use the below picture of Sarah Hopkins: 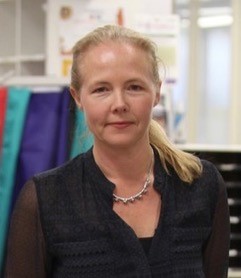