We are a proud Aboriginal Community Controlled organisation.

We have over 200 staff across 24 offices in NSW and the ACT. Aboriginal and Torres Strait Islander peoples make up more than 50 per cent of our workforce.

We provide culturally safe legal services to Aboriginal and Torres Strait Islander men, women and children across NSW and ACT. Our law and policy reform work is also a major focus.

We fight for justice for our mob.

Meet some of the team 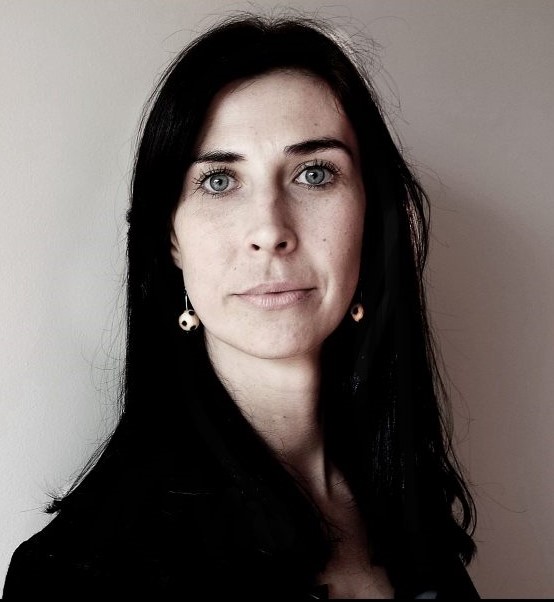 Karly Warner is a Tasmanian Aboriginal woman and lawyer who grew up in regional north-east Victoria, on Yorta-Yorta and Dhudhuroa country. Karly joined the ALS after a number of years leading our legal services peak body, the National Aboriginal and Torres Strait Islander Legal Services (NATSILS) where she advocated for Aboriginal and Torres Strait Islander communities across the country. Previously, Karly was a practicing lawyer at the Victorian Aboriginal Legal Service Co-operative Limited, with experience working across criminal, civil, child protection and family law. Karly has also worked in legal policy roles within the public service.

Karly is an advisor on the Aboriginal Advisory Council at Lander and Rogers and sits on the board of the Centre for Australian Progress. Karly believes people led movements are critical for self-determination, social change and strengthening democracy. 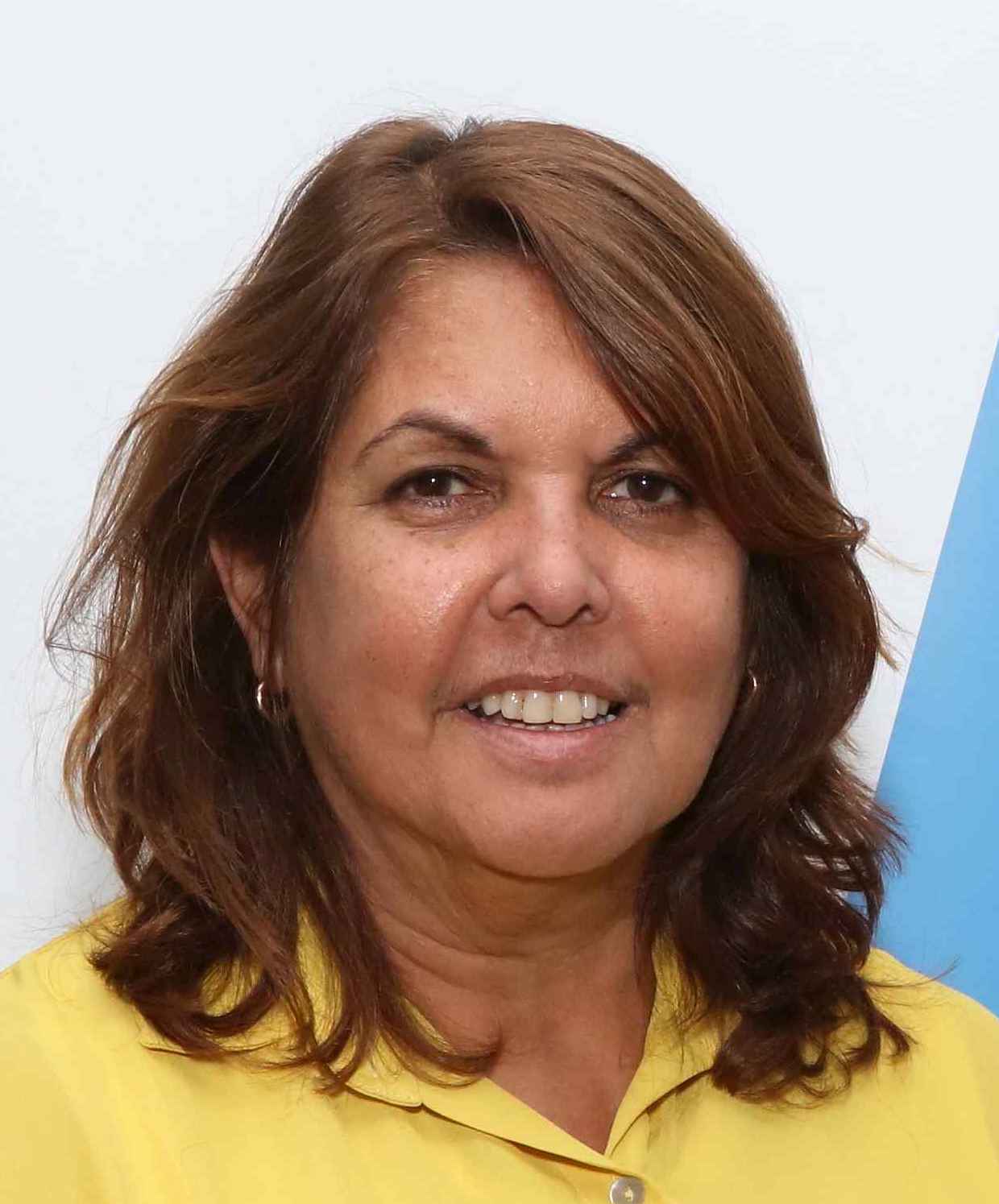 Janelle is a proud Biriipi woman born in Taree NSW. Janelle has been actively involved in Aboriginal affairs for the duration of her career, spanning the areas of education, housing, employment, legal and justice. Janelle has worked in both the Commonwealth and NSW Public Service and Aboriginal community organisations and has extensive community experience in NSW. Janelle brings governance experience from her time as Director at Tranby College and the Aboriginal Legal Service NSW/ACT Limited and is currently on a number of committees such as the Women's Advisory Council  Corrective Services NSW and First Nations Advisory Committee member for the Special Commission of Inquiry into the Drug ‘Ice’ NSW. 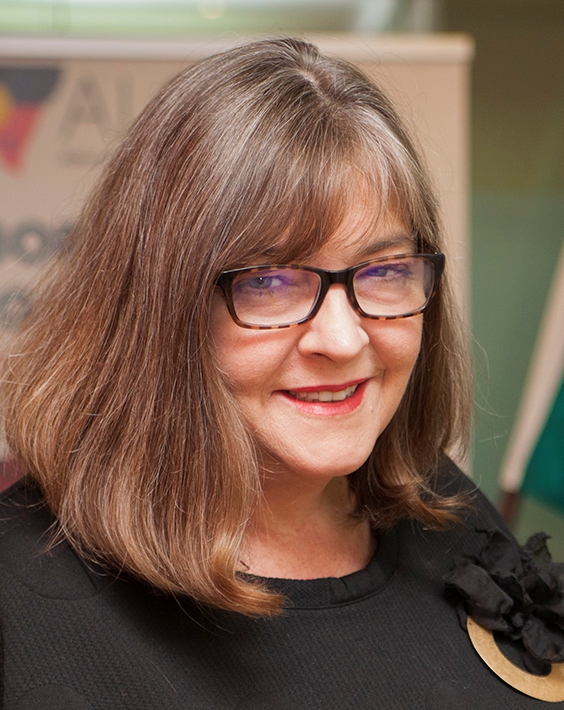 Nadine Miles is the Principal Legal Officer at the Aboriginal Legal Service. Nadine has devoted over twenty years to representing disadvantaged clients and the fight for improvements in our criminal legal system. This has included defence work in Katherine, NT, law reform work for the NSW Government and managing a regional Legal Aid NSW Office. Nadine hails from Queensland but has made NSW her home. 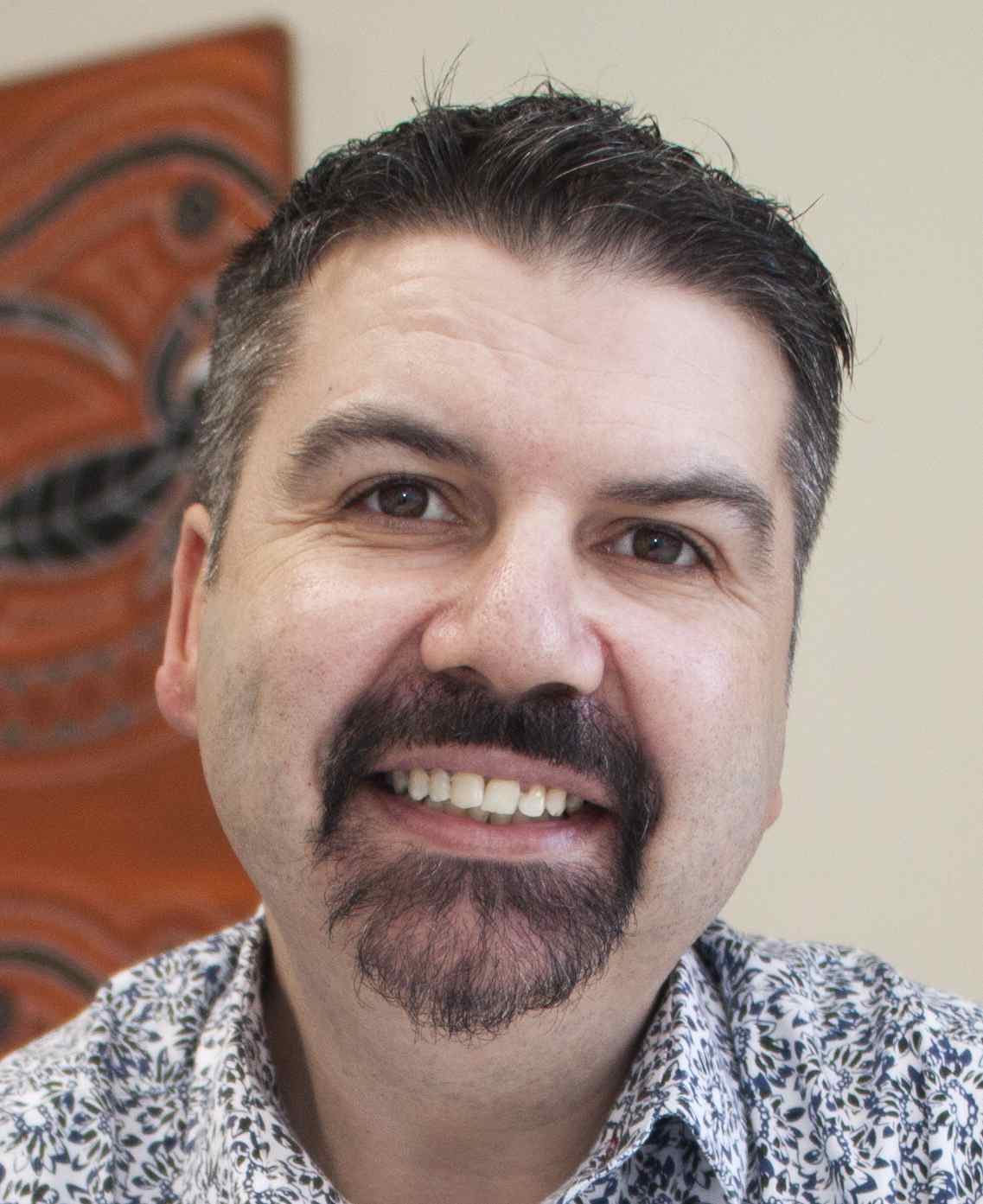 Michael is Yorta Yorta and Wiradjuri man from the South Western slopes and plains of NSW and currently lives in Sydney, Australia. Prior to joining the National Congress and Absec in 2013 - 2014 respectively, Michael worked in the NSW public service for almost 15 years in the area of administration, Aboriginal health, child protection, project management, community development, event management, policy and service development, and design. Currently, Michael is the Regional Community Engagement Manager, Central South Eastern Region and has been in that role since 2017. Similar to his colleagues in Northern and Western Regions, his role is to ensure the views of the community and broader sector directly informs the way in which the ALS delivers its services to Aboriginal people across the Central South Eastern Region.

Taking a human right approach, Michael posses a strong passion for reducing the gap around critical areas of health and early childhood and particularly around ensuring children receiving the best possible start to life and that they have positive connections to their culture/s and kinship networks. 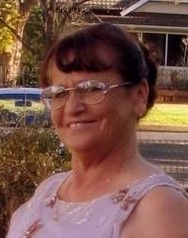 Lynette Kilby is a Wiradjuri Elder from Griffith NSW and has been with the ALS for almost 20 years working from the Griffith Office of the ALS as a field Officer covering the Central and South Western Communities of NSW. In April 2018  she was appointed to the new position in the ALS of Western Region Community Engagement Manager (RCEM).

Part of the role is to establish information flows, processes and protocols with legal service delivery staff and innovative ways Field Officers and RCEM’s liaise in identifying emerging issues within Aboriginal communities. RCEM's do this by relationship building, networking, forums, and surveys as well as;  identifying issues which may impact on our service delivery (cultural safety) in order to improve our interaction with Aboriginal communities across Western NSW. 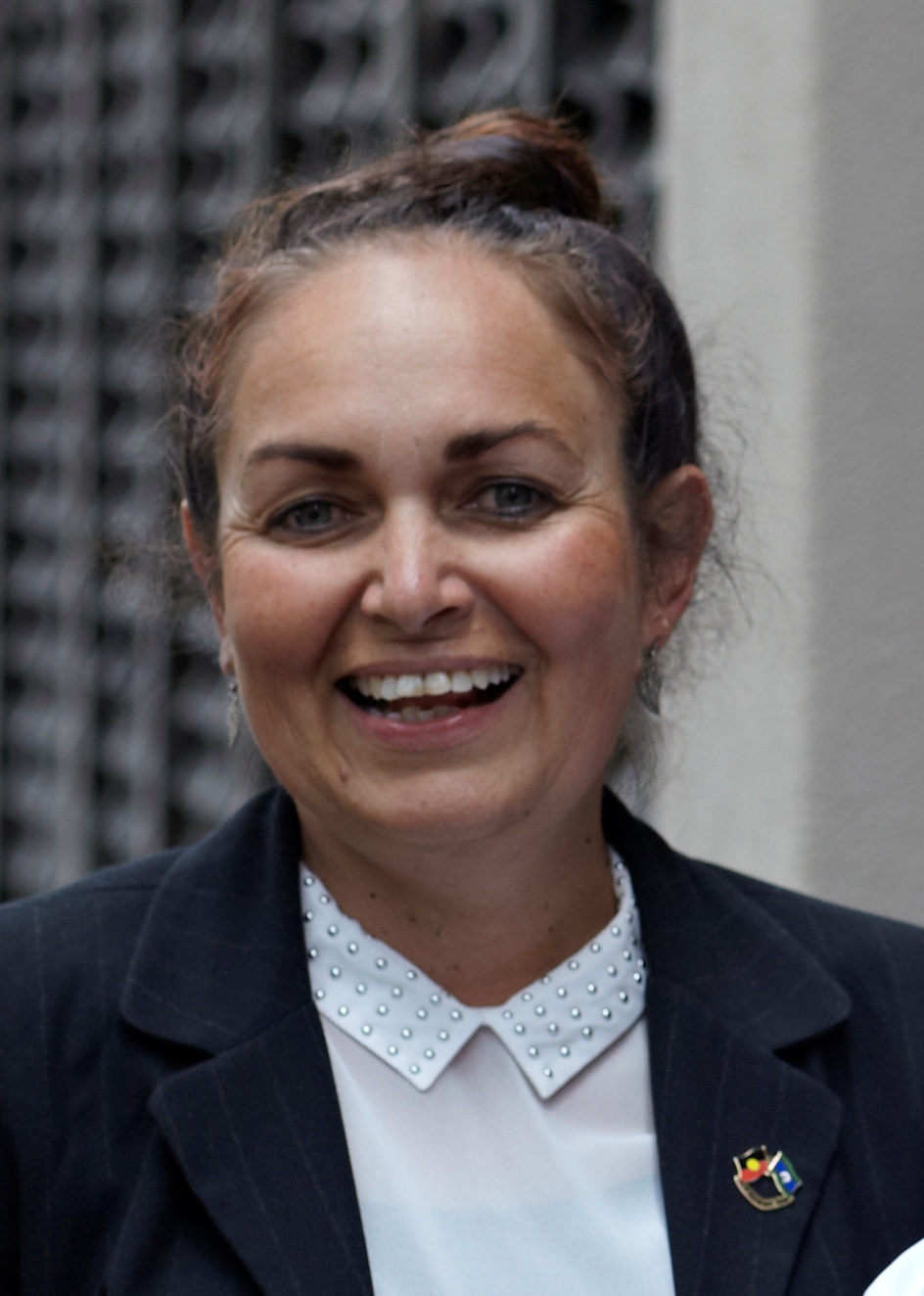 Julie Perkins is a Gumbaynggirr woman from Corindi Beach. Julie Has worked for 22 years in management roles in the ALS. Julie formerly managed the Many Rivers ALS of eight offices and was the Regional Manager of Northern NSW prior to transferring to the  Regional Community Engagement Manager for Northern NSW. Julie has a BA of Law and business qualifications and has also been awarded the Alumni in Law for Southern Cross University and co-awarded the Trevor Christian Awarded with Aunty Lynette Kilby.

Julie has a State and National Representative on various high-level Justice Committees including the original State Attorney General's Justice Advisory Group, the State Police Advisory Council, the National Family Violence Prevention Advisory group and was one of the youngest Official Visitors appointed by the Minister for Corrective Services NSW.

Julie follows politics in general but always keeps abreast of the social justice issues and broader matters that have an effect on the lives of Aboriginal and Torres Strait Islander Peoples. She respects that our staff are unique and all are to be valued in the ALS, as we work in a most challenging and underfunded sector. Julie relies on truly hearing the voices of the community and ensuring all of our decisions in ALS are based on community knowledge and expectations delivered in a framework of cultural safety.

Julie maintains it is a team effort of attendance at courts, community legal education, advocacy, policy, and legal redress to often unjust laws - that will bring lasting change to the lives of our community members. In this wealthy land, far too many of our People languish in corrections and detention and in out of home care. 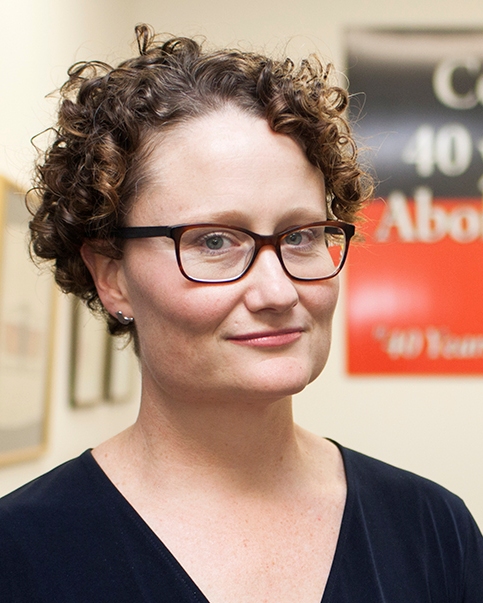 Sarah is the Principal Solicitor for the Criminal Practice of the ALS. Sarah was fortunate to grow up on Biripi Country. Sarah previously worked for the Children’s Legal Service of Legal Aid NSW and the North Australian Aboriginal Justice Agency (NAAJA) in Darwin. She was formerly the Deputy Principal Solicitor of the eastern region of the ALS for a period of 5 years. Sarah is a current member of the Indigenous Issues Committee of the Law Society and the Ethics Committee of the Law Society. She is an accredited specialist in Criminal Law. 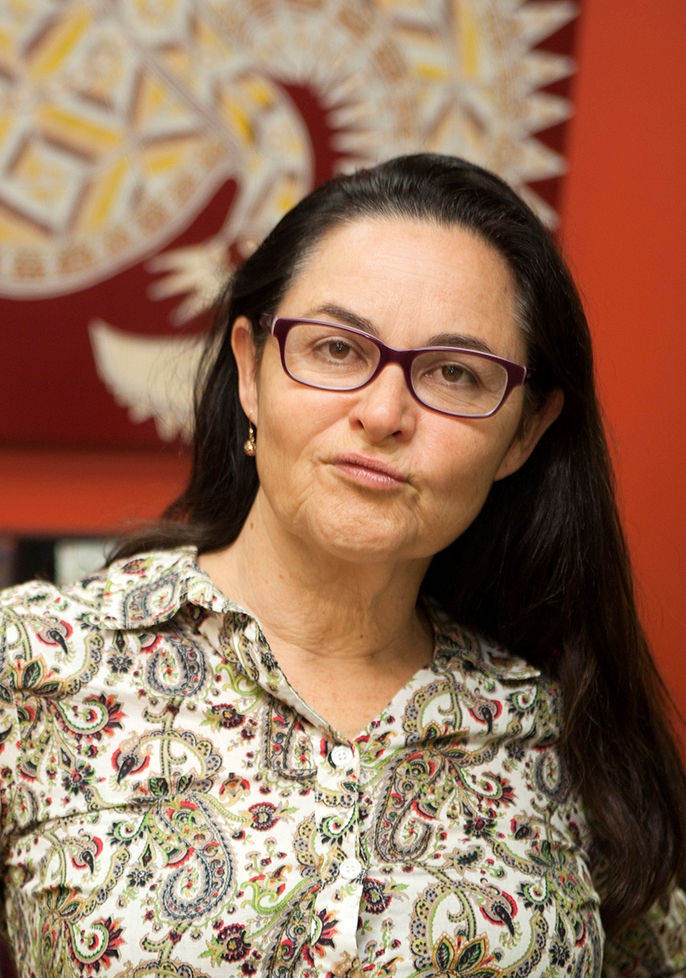 Gemma Slack-Smith is the Principal Solicitor of the Child Protection and Family Law Unit of the Aboriginal Legal Service in NSW; a State-wide legal service providing advice and representation to parents and children who come into contact with the child protection and out of home care system. Gemma holds a Bachelor of Laws, Bachelor of Social Work and qualifications in Frontline Management

Gemma has Specialised in the area of child abuse and neglect for 20 years and for the last 10 years in the context if Aboriginal children in the child protection legal system. She is an accredited independent children's lawyer and is responsible for the establishment of the child representation practice in the ALS (NSW/ACT). Gemma is a recipient of the Churchill Fellowship, affording her the opportunity to look exclusively at innovative strategies to reduce the overrepresentation of Aboriginal children entering the out-of-home-care system. Gemma is a member of a number of national and state-based committees, boards and advisory group s which focus on the promotion of human rights of children and young people. 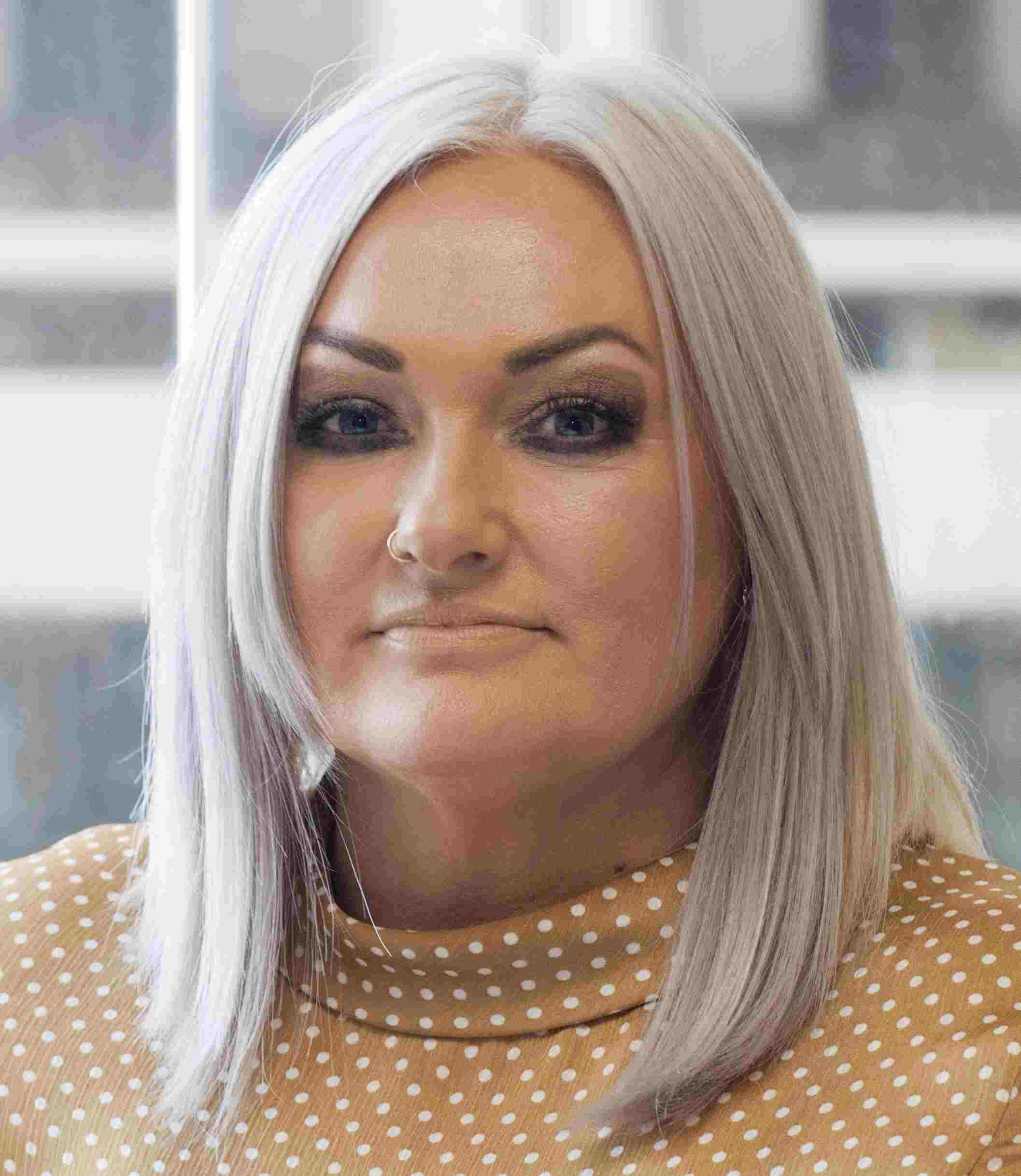 Vikki is the People Employment and Workplace Manager at the ALS. Vikki grew up on Bediagal land and now resides on Gweagal land. In 1994, Vikki commenced in what was then known as the Sydney Regional Aboriginal Corporation Legal Service. This means Vikki has been with the Aboriginal Legal Service for the best part of 20 years. Within the organisation, Vikki has worked across finance, office and volunteer management and executive support. In recent years Vikki has obtained Human Resource qualifications and we are very grateful to have her leading the recruitment and support of our 200 plus dedicated staff cohort.